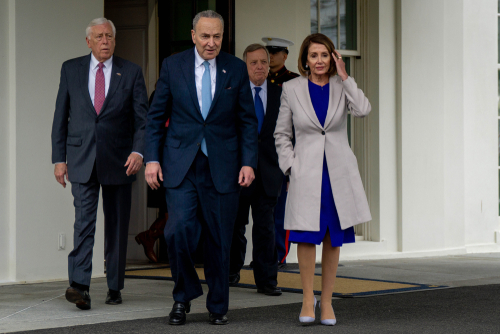 The Democratic leadership is deliberately trying to hurt the people in hopes that they will blame Trump. The basis for this approach is traditional during a recession, the President is defeated such as Hoover in 1932. What they are also doing is demanding bailouts for the Blue States to cover their own pensions which were broke before this virus. This is putting government employees above the people. As reported before, they have promised the Blue governors that if they keep the lockdowns and hurt the people enough to vote against Trump, they will bail out all the state employee pension funds which are broke. Indeed, the 2020 elections will be a monumental turning point in the United States if the Democrats win. We have politics becoming so toxic on both ends it is insane.

« A Plea from a Member of the Italian Parliament – International Call to Action
Markets, the Future & This Craziness »