Democrats Concerned about the Squad of Four

Behind the curtain, many House Democrats are becoming deeply concerned that the attention given to the “Squad of Four” among their ranks is having the same effect from the media that Donald Trump received during the primaries before the 2016 election. By focusing always on Trump as the novelty, many believe that the media made Trump and caused 17 career politicians to be ignored. The fears are rising that this Squad of Four, which is extremely hard left, are painting all Democrats as radicals.

While the House Democrats united in their vote to condemn President Donald Trump’s racist tweets, behind the curtain they know they were not racist for it was about their political views, not a race. Trump is not backing down on that and the Democrats fear that calling him racist may really polarize the nation and send white Democrats to the Trump ranks who are not racist but fed up with the anti-American statements that are emerging from the Squad of Four.

The fear rising among some Democratic lawmakers is that these far-left progressives have been the overriding influence of the whole with their tiny caucus and are painting all Democrats with the same brush. Many are expressing frustration with the repeated headlines involving the four progressive congresswomen who are overshadowing the liberal agenda which is not far-left.

There are those claiming the Squad’s reference to concentration camps were the Japanese, rather than the Germans. In both cases, the Jews and the Japanese were citizens — not illegal immigrants. The German camps were known as “concentration camps” whereas the US version for the Japanese were “internment camps” which were upheld by the Supreme Court (Korematsu v. United States, 323 U.S. 214 (1944)) – which is one of the top 10 worst decisions ever along with Dred Scot. 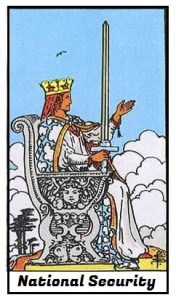 Nevertheless, it went over most people’s heads that the Supreme Court overruled Korematsu when they wrote in the majority opinion upholding President Donald Trump’s travel ban. The Supreme Court also overturned a long-criticized decision that had upheld the constitutionality of Japanese-American internment during World War II. Indeed, Justice Sonia Sotomayor had mentioned the 1944 case, Korematsu v. United States, in her dissent, arguing that the rationale behind the majority decision had “stark parallels” to Korematsu; in both cases, she argued, the government “invoked an ill-defined national security threat to justify an exclusionary policy of sweeping proportion.”

Writing for the majority, however, Chief Justice John Roberts argued that the case was not relevant to the travel ban, but went ahead and wrote that it is now overturned. “The dissent’s reference to Korematsu … affords this Court the opportunity to make express what is already obvious: Korematsu was gravely wrong the day it was decided, has been overruled in the court of history, and — to be clear — ‘has no place in law under the Constitution,’” he wrote.

The Korematsu decision upheld the internment of the Japanese under the pretense that being Japanese, they might aid their native country despite the fact that they were American having “dual loyalty” and thus they were relying on national security, and the government plays that card all the time.
Categories: Politics
Tags: 2020 U.S. Presidential Election, Korematsu, Squad of Four