Democrats – Are They Self-Destructing? 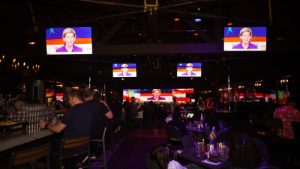 The Democratic presidential debate in Detroit on Tuesday exposed the battle over the direction of the Democratic Party and its strategy to win back the White House in 2020. The former Colorado Governor John Hickenlooper warned that Medicare-for-All and the Green New Deal proposals will lead to a “disaster at the ballot box.” Bernie Sanders and Elizabeth Warren simply showed there was no middle ground. Warren said, “You might as well FedEx the election to Donald Trump.” She added, “I don’t know why somebody bothers to run for president of the United States just to talk about what we shouldn’t do and can’t fight for.” She continued, “We can’t choose a candidate we don’t believe in because we’re afraid to do something else.” 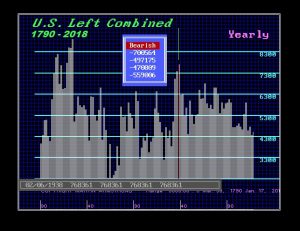 The Democrats have a serious risk of self-destructing as a party and could split between the insane socialists and the more center liberals. The 2020 election will be critical for them and 2021 will be a Panic Cycle for the Democrats. The peak was 1938 after the collapse when they were the party of slavery. They elected all four Yearly Bearish Reversals and have consistently been making lower lows.

« California Seeks to Ban Trump from Running in 2020
Political Change »