COVID Tests are Deliberately Being Used for Political Purposes 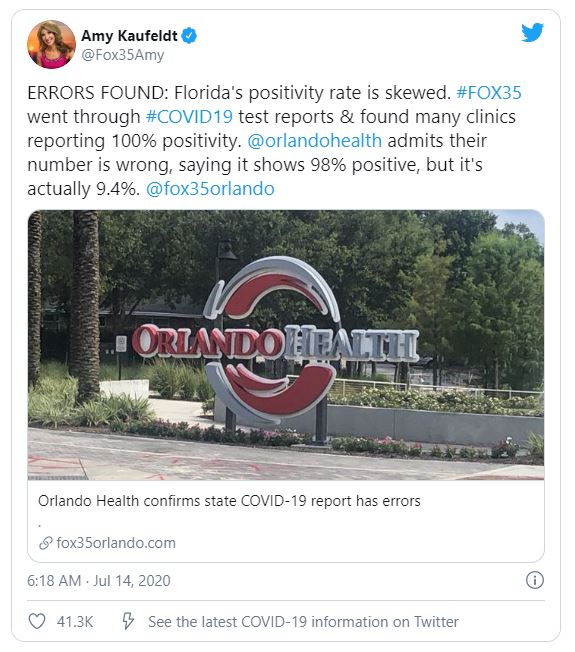 There is MASSIVE fraud taking place in COVID-19 reporting, which is clearly occurring for political purposes and should be declared a criminal act. I know people who signed up to be tested but never received a test because the line was too long. They subsequently were told they tested POSITIVE when they never were tested. Then people were recorded as POSITIVE when they only tested to see if they had antibodies.

During the Panic of 1869, the government managed to crash gold from the $162 level (reached during the Jim Fisk era), and the US Treasury deliberately used the same tactic to force gold lower. The US Secretary of the Treasury George Sewall Boutwell announced that the federal government had made $4 million of its gold reserves available for trading. This was an excessive amount, which they did not actually have at the time. Nevertheless, the announcement broke the back of the gold ring and prices collapsed. Only later did the Treasury admit that they had made a “mistake” in the amount of gold that would be released in their press statement. Instead of $4 million, the amount was actually only $400,000. Real or not, the statement by the US Treasury caused gold to collapse abruptly, bringing the price from $162 to $133 within 15 minutes. This is the very same tactic being used with COVID. The fake numbers get the headlines, and then the revision is never noticed. They accomplish the intended political impact, and nobody is ever held accountable.

« Nobody Will Accept the 2020 Election Result
Can Klaus Schwab of the World Economic Forum Ever Be Trusted? »