Corruption was Crazy during 19th Century

QUESTION: Marty, is this perhaps the most corrupt period in political history? I find Hillary’s comments outright offensive that she counts on the press to make the people as stupid as possible. Is this the worst of the worst? 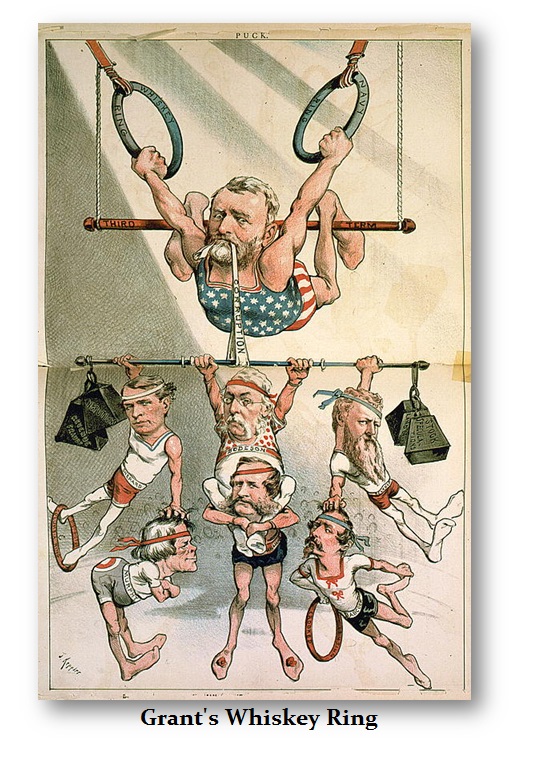 ANSWER: Hillary is really detestable. But politics were exceptionally corrupt after the Civil War because there was no real effective opposition. The political scandals were just one after the other.

The scandals were so numerous that Puck Magazine ran this cartoon picturing the Grant Administration as just a circus.

The Whiskey Ring was diverting tax money on whiskey to private accounts shared by government officials. Can you imagine you owe $100,000 in taxes and the IRS Agent says here, wire the money to my account and we will call it just $50,000. 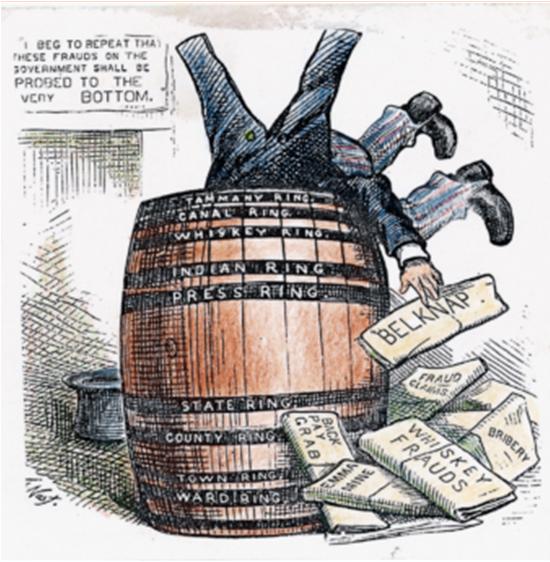 There were too many scandals all involving corruption that was off the charts. It was literally one scandal after another. Mark Twain’s book, The Gilded Age, was  a satire of greed and political corruption in post-Civil War era in American history.

I have given up any hope on career politicians. They cannot possibly represent the people for their votes are always for sale. Republics never last because they have always turned into Oligarchies. Hillary is filthy rich, yet she has worked only for government. Nobody asks how!