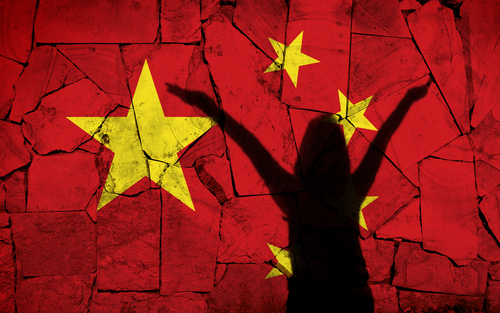 Believe it or not, the latest twist is Marxism provides better sex for women than capitalism. According to the latest study, Eastern women had twice as many orgasms as Western women when comparing the Germans after the Wall fell. What they fail to explain is that you really had no entertainment other than sex. Eastern European women who come to the USA have a hard time shopping even for toilet paper. I use to have a Russian girlfriend we met in Tokyo back in the ’90s. When she came to the States and we would go shopping, she was perplexed. How do you make a decision between so many brands of toilet paper? she would ask. In Russia, she said, there was just one.

Researchers claim that women under Communism reported greater sexual satisfaction. They remarked that East German women suffered from the notorious double burden of formal employment and housework compared to postwar West German women who remained at home and enjoyed all the labor-saving devices produced by the the capitalist economy. The women who stayed home in the West had less sex than women who had to line up for toilet paper under Communism.

Well I suppose the lesson is, bring back Marxism, surrender all rights, handover all your income and wealth, TV isn’t worth watching since all the news is fake, and just have sex. But make sure you use birth-control of abortion so the Global Warming people are happy.

« Do States in USA Have a Right to Leave?
Madrid Waged Cyber-War & Catalonia Votes Overwhelmingly to Leave Spain »