California Seeks to Ban Trump from Running in 2020 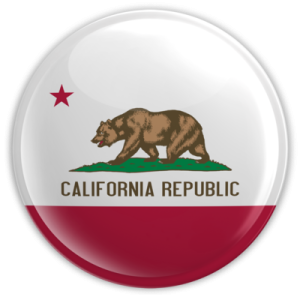 California is at war with Donald Trump. The state is currently involved in more than 40 lawsuits with the Trump administration on issues ranging from environmental regulation to immigration and safe cities. This is the problem with our legal system. Governments can pass any law they wish and then it is your obligation to prove it is unconstitutional. It gets worse. They could pass a law that the governor declared the common law right of Primum Noctum – the right to take the bride on her wedding night. This was actually the origin of the marriage license for the governor or the king could be bought off with a fine. A governor could pass such a law and ONLY if he demanded some girl show up at his bedroom would there be “standing” to challenge the law. If you are not a bride, you cannot sue to prove the law is unconstitutional.

Against this backdrop, California and its war against President Trump has declared that he will not be eligible for California’s primary ballot unless he releases his tax returns, under a new law signed by Gov. Gavin Newsom. The former governor back in 2017, Gov. Jerry Brown, vetoed it questioning whether it was constitutional. Gov. Brown warned that it would create a precedent for requiring all sorts of other information including medical records or certified birth certificates for example from candidates like the controversy over Obama.

So here we go again. This new law will require that all presidential candidates release their tax returns in order to be placed on the ballot for the state’s primary next year. Clearly, this is only going to escalate a running feud between California and Trump.

« Democrats Concerned about the Squad of Four
Democrats – Are They Self-Destructing? »