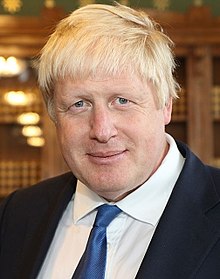 Boris Johnson is stepping down as prime minister this Thursday. Johnson’s countless scandals and failed administrative policies have finally caught up with him. He previously survived a “No Confidence” vote but lost the respect of many across the UK.

This latest scandal involving MP Chris Pincher seems to have been the straw that broke the camel’s back. Pincher was accused of multiple instances of sexual misconduct, but Johnson turned a blind eye. He pretended he did not see what was going on, but further evidence proved that Johnson was aware but promoted him anyway.

Health Secretary Sajid Javid and Rishi Sunak both stepped down earlier in the week after claiming they no longer had confidence in Johnson. They claimed that they did not coordinate their resignations despite making announcements within minutes of one another. Dozens of other resignations quickly followed, and Johnson lost the support of his own party. He attempted to stay in power, but the ongoing resignations forced him to resign in order to save face and avoid another vote on his competency.

A successor will be chosen shortly. Boris Johnson will remain in power until October. Our computer cited that this would be a year of political unrest, and this seems to be the beginning of a wave of political reformation.