COMMENT #1: Hi Marty, love the blog. it’s the first thing I read every morning. on the subject of Mike Bloomberg, you mentioned the stop and frisk controversy but what’s even worse is the way Bloomberg got the city council to circumvent NYC’s term limits law to let him run for a third term.

COMMENT #2: Bloomberg loves power. He eliminated the two-term limit to retain power and he would do the same in the White House.

REPLY: I would have to say that after 40 years of meeting politicians from around the world, there are four major types (with sub-categories no doubt). This is just my opinion based upon years of observation. There are the good-hearted who enter politics to make a difference. They soon become corrupted by the flame of power when there are no term-limits. They then need to blend to the system to constantly run for office in each election.

I understand that the whole Jewish issue is coming up because we have Bloomberg and Sanders running who are both Jewish. I have a Jewish friend who told me never to vote for a Jew in politics. When I asked; Why would he say that against his own people? He said just look at Karl Marx, George Soros, Henry Morgenthau Jr. (Sec Treasury who confiscated gold), Robert Rubin (terminated Glass-Steagal), Lawrence Summers (father of negative interest rates), Alan Greenspan (Fed Chairman), Ben Bernanke (Fed Chairman), Bernie Sanders (communist sympathizer), Bernie Madoff, and then there is Michael Bloomberg (eliminated term-limits to keep running for Mayor of New York City).

It was an interesting list no doubt. But there are non-Jews who also have shared some of those ideas. I do see Bloomberg as more dangerous than Trump. Bloomberg is much more of an authoritarian and would have no problem sends American boys to their death in the Middle East for absolutely nothing. I am a firm believer in the Business Cycle. We did not defeat Communism, for it collapsed itself because of its unsustainable economic profile.

The neo-cons, such as Bill Kristol, thought that eliminating the dictators in the Middle East would release democracy and thus that would secure Israel to me was a fanciful dream. The Middle East has a culture that has been shaken rather than stirred. I do not see them as embracing democracy that would eradicate the culture of dictatorships. Do we not have our own dictatorship when political parties support the same candidate perpetually without change?

Yes, both Kristol and Kaplan are Jewish. Does that mean that the idea of changing human behavior stems more from the Jewish community because of their persecution? I have no idea if I would ascribe to such a theory. I am opposed to the neo-con theories as I am against Marxists. To me, both attempt to alter the cycle by changing human behavior. I do not believe that is possible. I do not attribute these ideas to being exclusively Jewish whereas there are plenty of conspiracy theories that paint the Jews at the center of all financial crises based upon the bankers in New York City.

It was explained to me by a Jewish friend that Ashkenazic and Sephardic Jews represent two distinct subcultures of Judaism. Ashkenazi Jews are popularly contrasted with Sephardi Jews (also called Sephardim), who descend from Jews who settled in the Iberian Peninsula, and Mizrahi Jews, who descend from Jews who remained in the Middle East. I was told that a Sephardi Jew is looked down upon if they married an Ashkenazi Jew. Indeed, there is documentary evidence from 1735 where a Sephardi Jew petitioned the King of Prussia to dissolve the marriage where his son, without the permission of his father, married an Ashkenazic Jewish woman. By tradition, a Sephardic or Mizrahi Jewish woman who marries into an Orthodox or Haredi Ashkenazi Jewish family must raise her children to be Ashkenazi Jews and conversely an Ashkenazi Jewish woman who marries a Sephardi or Mizrahi man is expected to take on Sephardic practice and the children inherit a Sephardic identity. They practice differently just as we see differences in Christianity.

There have always been differences within the Jewish community itself. Even Bernie Sanders stated: “… in Israel it was okay to sterilize Ethiopian Jews until they were caught doing it and why it is still okay to treat Mizrahi like second class citizens.  ” Bloomberg took a stab at Bernie saying: “I know I’m not the only Jewish candidate running for president, but I am the only one who doesn’t want to turn America into a kibbutz.” 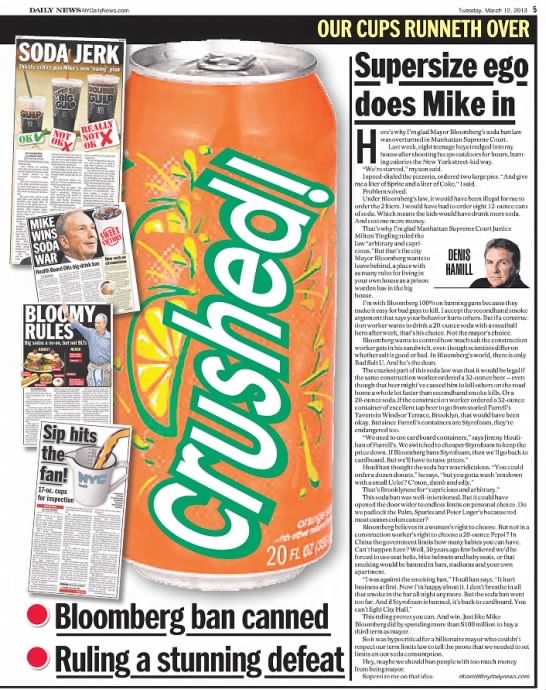 Bloomberg’s daughter Georgina told a biographer that the Bloomberg family would celebrate the major Jewish holidays but that her mother, who was born in Yorkshire, England, and “kind of raised us to be Church of England.” Thus, Bloomberg is not a practicing orthodox Jew. That issue aside, my concern is his reasoning behind stop-and-frisk and his desire to eliminate term-limits with no regard for the future.  He had to admit publicly he was wrong on the stop-and-frisk. Then there was Michael Bloomberg’s ban of soda which he was also overruled by the courts after he lost now his stop-and-frisk policy that police can just go search anyone on the street at any time has been struck down as unconstitutional. He was called by the Daily News as having a “Super Size Ego” in the abuse of power he would attempt on March 12, 2013 (Page 5). He has used his power in a dictatorial fashion and that bothers me.

« The 2020 Elections & the Coming Violence
Is Bloomberg a Dangerous Threat to the American Constitution? »