Biden’s Abuse of the Military

In WWI, WW2, Korea, Vietnam, Gulf War, and Afghanistan, we asked our soldiers to sacrifice their lives to preserve our liberties.

Today, using this orchestrated pandemic, we ask them to sacrifice their liberties to save our lives. Get the Jab or you are fired!

Then with 46% of the military objecting to the vaccines, they should walk out with their guns. Remember the Bonus Army when they used the military to kill WWI veterans asking for the promised pensions. They brought in tanks against the veterans on the streets in Washington, DC. Because of the abuse that they inflicted on our veterans when they thought they no longer needed them, they were forced to create the GI Bill to get them to fight in WWII. Why believe a government that never keeps its promises? 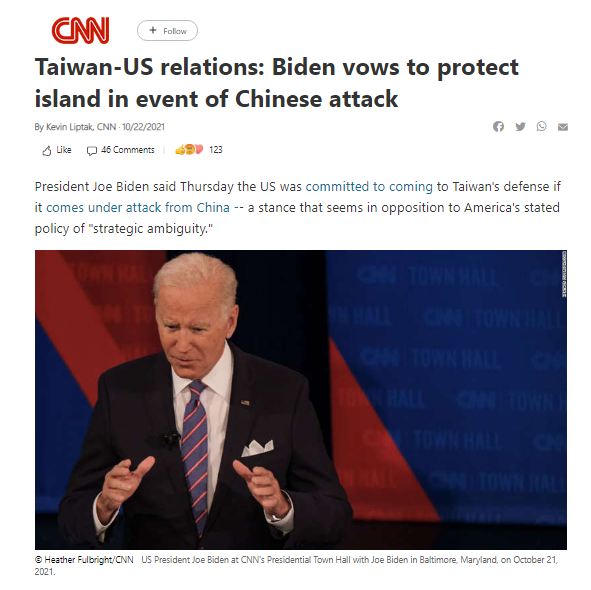 Just how will Biden’s pledge to defend Taiwan work along with his demand to fire nearly 50% of the military and strip them of all pensions over an experimental vaccine? If I were China, I certainly would not take him seriously. You cannot threaten our military over a vaccine that Pfizer is paying huge lobbying fees so it will make $100 billion next year! Biden is not someone who has the credibility to order people to sacrifice their lives for his floundering political career.

Joe Biden’s son died of cancer in 2015, not in military combat. Yet he has serious mental problems or he is such a liar. But he keeps telling people his son Beau died in combat in Iraq.

« Have Some Democrats Lost their Mind?
Chaos of the 2022 Elections on the Horizon »