Biden Becomes a Not So Moving Target

I previously reported that the Ukrainian prosecutor who Biden demanded be fired, filed a suit against Biden’s improper use of power that cost him his job in Ukraine. Now, a Ukrainian court has ordered an investigation into whether Joe Biden violated any laws when he forced the March 2016 firing of the country’s chief prosecutor. 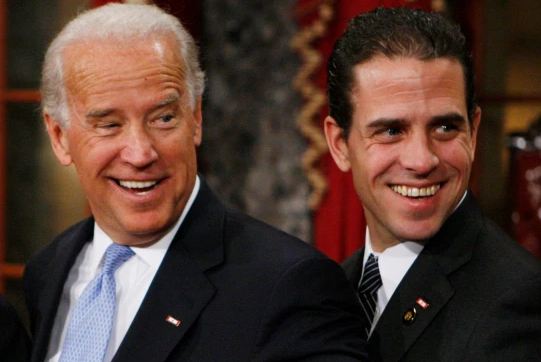 The ruling could revive scrutiny of Hunter Biden’s lucrative relationship with an energy firm in that corruption-plagued country just as the former vice president’s campaign for the Democratic presidential nomination is surging after a lackluster start. The New York Post reported: “Wherever Joe Biden went, son Hunter cashed in.” What goes around, comes around — as they say. The Democrats sought to use impeachment to influence the 2020 election, and now the Senate Republicans get to investigate Biden and his son. The US Treasury is now also investigating “potential conflicts of interest posed by the business activities of Hunter Biden and his associates during the Obama administration.”

Some question if Biden will simply self-destruct for he may not be mentally capable of handling the same degree of scrutiny and arrows that will be hurled at him and his family as Trump has endured. Is it really worth putting your family at risk for 4 years in the presidency? Biden does not appear to be mentally capable of holding down the job for 8 years. They are quietly talking behind the curtain and saying there is still hope to put Hillary in the White House.

Can the Democrats take what they have been doing to Trump? That is a very interesting question. My point all along was that the Democrats seem to have been foaming at the mouth and have been acting like a rabid dog crazed with a scorched earth agenda. What this was supposed to accomplish, I have no idea. Any rational person would realize that what goes around, far too often comes around. There is just no government for the people. This is now a full-blown grudge match to the death of Democracy.