James Comey that he orchestrated the leak of his conversations with President Donald Trump claiming he thought it might lead to the appointment of a special prosecutor to head the Russia investigation. Comey said he had asked a friend at Columbia University to leak the content of one of his memos. Comey testified: “My judgment was that I needed to get that out into the public square.”

Arkansas Republican Senator Tom Cotton asked Comey whether he believed that Trump had colluded with the Russians. Comey then responded: “It is a question I don’t think I should answer in an open setting.” He said that the question would be answered by special counsel Robert Mueller’s investigation.

Yet, to stop short of obstruction of justice, Comey then also said that he did not believe that either Trump nor his staff had asked him to stop the Russia investigation. Comey testified that the “shifting explanations” from the White House for why Trump fired him last month “confused” and increasingly concerned him.

Comey further revealed new details about his meeting with Trump during the transition when he briefed the President-elect on details of a salacious dossier drawn up by a former British spy. Comey said he didn’t want to create a “J. Edgar Hoover type situation” in which Trump concluded the bureau was trying to hold something over him. Hoover was famous for investigating people and creating a FBI dossier to blackmail politicians and presidents included. 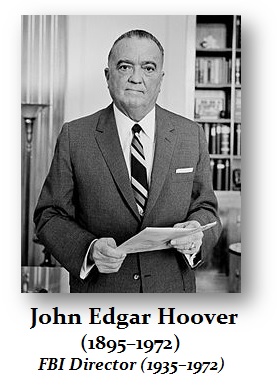 Since the 1970s, FBI directors have tried to maintain a discrete distance from the president because of J. Edgar Hoover’s abused of the FBI. This unwritten rule grew out of reforms that followed the often questionable behavior of J. Edgar Hoover, who served from 1935 to 1972. Hoover’s relationships with six different presidents often became dangerously close to trying to rule the country covertly. Yet Comey has opening asked for a Special Prosecutor doing much the same thing for this is how to at least prevent Trump for pushing forward any reform agenda.

FBI today has authority only for investigating violations of federal law, pursuing counter-terrorism cases and disrupting the work of foreign intelligence operatives. Anything beyond these raises serious constitutional jurisdictional questions. When John F. Kennedy became president in 1961 and his brother Robert Kennedy was made attorney general, Hoover could not ignore the attorney general as he had been doing. Hoover stopped passing on intelligence reports to JFK. He disagreed with the Kennedys and their policies, so Hoover began investigating not crimes, but people and their personal lives for blackmail. Hoover was collecting information on JFK’s extramarital affairs. Then in 1964, Hoover’s FBI investigated Jack Valenti, a special assistant and confidant of President Lyndon Johnson. Despite Valenti’s two-year marriage to Johnson’s personal secretary, the investigation focused on rumors that he was having a gay relationship with a commercial photographer friend.

This is what Comey meant about the dossier drawn up by a former British spy. He said he briefed Trump because he didn’t want to create a “J. Edgar Hoover type situation” since it was the same thing – diving into personal affairs. He said he was intent upon leaving the impression with Trump that the FBI was not investigating him despite the fact that the Democrats hire this British Spy to do what Hoover had done.

Comey  said Trump’s comments that the FBI was in disarray and that it was poorly led and had lost confidence in his leadership, were “lies, plain and simple, and I am so sorry that the FBI workforce had to hear them, and I am so sorry that the American people were told them.” But if people lost confidence in the FBI after the Hillary email investigation within the FBI, they would not have told him. What Comey failed to consider is that a lot of people did lose confidence in his investigation. His words calling them lies are just opinion solely from his perspective. There were many on Capitol Hill on both sides of the political spectrum who expressed that opinion that Comey was out of control. 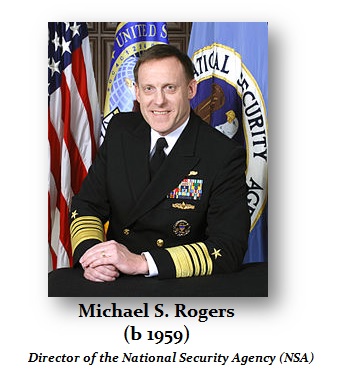 Comey then did his best to disparage Trump saying from the moment he met the President-elect during the transition, he decided to create a written record of their meetings. He said: “I was honestly concerned that he might lie about the nature of our meeting.” He then said that he knew that one day he might need a written record of their conversations to defend himself and the FBI. This was a very clairvoyant moment that seems disingenuous to say the least. To defend the FBI? Reading between the lines it seems to be confirming the position of the Gang of Four, in the intelligence community of which Comey was a member, all had an anti-Trump agenda. Reuters reported on November 19th, 2016 that Carter and Clapper demanded  Obama fire Michael Rogers. Rogers didn’t want to participate in the Obama spying scheme led by Clapper. All the information warned that there was indeed a soft-coup against Trump that was organized by Obama and that Clapper was deeply involved. Comey was part of the Gang of Four. I go into this is detail in the Impeachment Report on Donald Trump.

Leaking information is a crime. Nonetheless, Comey said that he believed it was his right to publicize the details of what he viewed were unclassified recollections of his conversation with Trump in his role as a private citizen. He makes the distinction saying his leaks were AFTER he was fired. He then said he asked his friend to take the action rather than doing it himself because the press was camped outside his house and it would have been like feeding “seagulls at the beach.” He said he gave all of his memos to Mueller.

Comey said that he took the President’s expression of “hope” that he could ease off of Flynn as a directive. Previously, he testified that the DOJ will often express its “opinion” but that is not a directive. He seems to be trying to lay a vague enough foundation for a Trump Impeachment. Comey clearly wanted to help paralyze the nation and stop the Trump agenda of any reform be keeping this saga of Russian election hacking and alleged collusion by Trump aides in play to cast a very dark cloud over the new administration. He knows very well what he is doing and it’s all about stopping any reform process.

Democrats will highlight the stunning revelation of Comey’s testimony, that his statement that Trump asked him to halt the FBI probe into Flynn’s conversations during the transition with Russia’s ambassador to Washington. Trump’s words are by no means a directive: “‘I hope you can see your way clear to letting this go, to letting Flynn go. He is a good guy. I hope you can let this go.”
“I replied only that ‘he is a good guy.'” Comey wrote, then added: “I did not say I would ‘let this go.'”

So now we will have attempts to impeach that are not likely to actually force Trump to leave office. The agenda here seems to be to prevent any of his promises of reform taking place. This appears to be the McCain agenda as well.