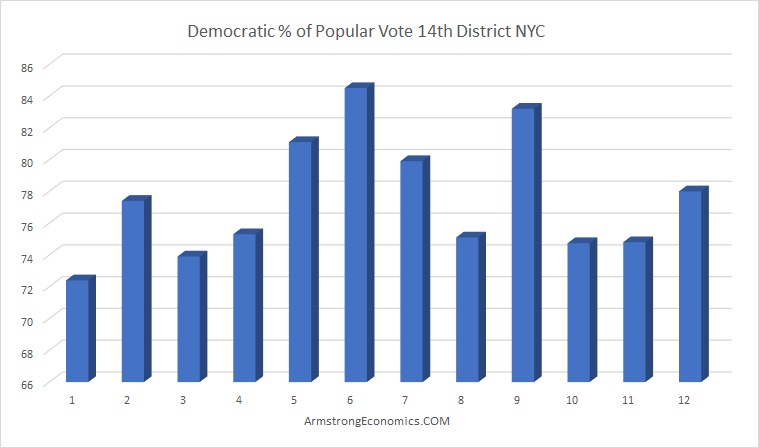 QUESTION: Mr. Armstrong, you said that that AOC won for the same reason that Trump won, just vote against the incumbent. Do you see her being elected again in 2020?

ANSWER: If you look at the numbers of the 14th district there in New York, you can see what I have been talking about. Joe Crowley won 147,587 votes in 2016, which was 74.80% of the total votes. Alexandria Ocasio-Cortez won only 100,044 votes, which was 78% of the total vote, while Crowley won only 8,505 votes. This is why she was called the lion slayer. It reflected that people are fed up with incumbents. 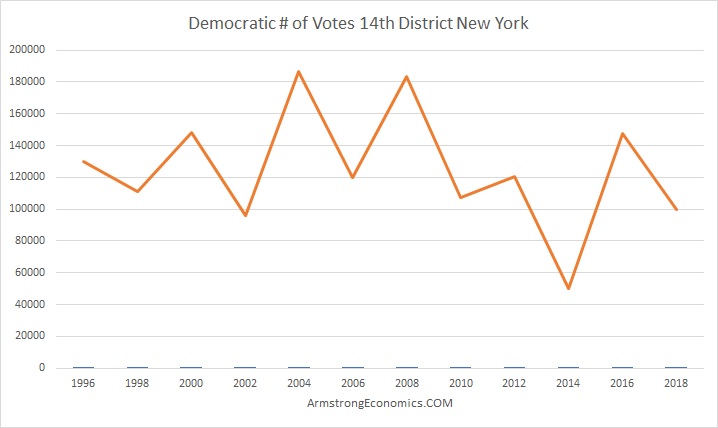 Nonetheless, she was elected with almost 33% fewer votes than Crowley in 2016. That reflects the difference between a presidential year election and a midterm. The highest voter turnout was the 2004 United States presidential election which was Bush v Kerry. The lowest (186,688) turnout was the midterm election in the middle of Democratic President Barack Obama’s second term (50,352). Clearly, her election was a bounce and not a breakout toward a new trend.

« Will the Democrats Split into Two Parties after AOC’s Threats?
The Sex Trade & Trump’s Wall »