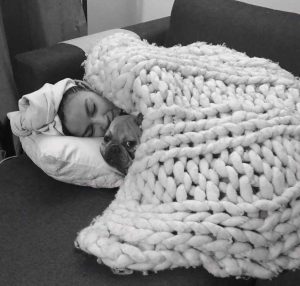 Alexandria Ocasio-Cortez (AOC) contracted COVID while partying during her Florida vacation and enjoying the freedoms she denies to her own supporters. I have been waiting for her to comment on her ailment as she would undoubtedly say something stupid, and of course, she did not fail to disappoint.

The seemingly physically healthy 32-year-old who has been vaccinated three times miraculously survived omicron despite the 99.9% survival rate. The drama queen of politics posted three images of herself online pretending to recover at home. Her lingering symptoms seem to be a closer infatuation with communism with a nod to the coming push for N95 masks.

The former bartender went on to state that the “collective good is our best shot through our greatest challenges,” and urged the public to disregard “rugged individualism and the bootstrap propaganda we’ve been spoon-fed since birth.” She fully discredits the American dream of individual creativity and motivation that spurs innovation to advance society.

Team we? No thanks, comrade. AOC clearly has never opened a history book or seen the aftermath of life after socialism or communism. She would not be prancing around the Met Gala with the wealthy elite or drinking at drag bars in her idealized Marxist utopia. AOC’s unoriginal ideas come directly from Marx and Engels:

I thank “Not The Bee” for this funny tidbit. Communist leaders do appear to love their dogs: