AOC: Rules for Thee but Not for Me 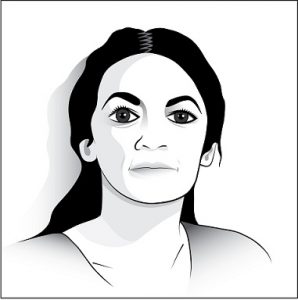 AOC has been partying it up on vacation in Miami, Florida while enjoying the freedoms that she denies to those in the state of New York. AOC has been spotted in numerous crowded public venues without a mask, hugging strangers, and certainly not socially distancing. This is the person who jumps on a soapbox at every opportunity to shove restrictions down the throats of Americans while completely disobeying her own rules.

“We hope you’re enjoying a taste of freedom here in the Sunshine State thanks to @RonDeSantisFL leadership,” a Team Desantis Twitter account tweeted. “Hasn’t Gov. DeSantis been inexplicably missing for like 2 weeks?” the confused politician snarkily replied. Yes, in fact, Governor DeSantis has been away aiding his wife as she undergoes chemotherapy treatments.

When AOC received continued criticism for her hypocrisy, she replied akin to a pre-teen child by accusing Republicans of secretly having a crush on her. You can’t make this stuff up.

“It’s starting to get old ignoring the very obvious, strange, and deranged sexual frustrations that underpin the Republican fixation on me, women, & LGBT+ people in general. These people clearly need therapy, won’t do it, and use politics as their outlet instead. It’s really weird,” AOC embarrassingly stated while failing to deflect blame. This woman is an embarrassment to American democracy and has become a sensationalized celebrity rather than a representative of the people.

AOC does not believe in the laws or restrictions that she blindly supports in an effort to be the most progressive of the progressives. It is not the first time she has been seen breaking the laws she imposes on others. This woman does not have the best interest of the people in mind, and no, the criticism does not come from a secret desire to date her. I would rather be alone for eternity.

« The Invisible President
While Locking Down States, the Politicians Flee to Florida for Holidays »