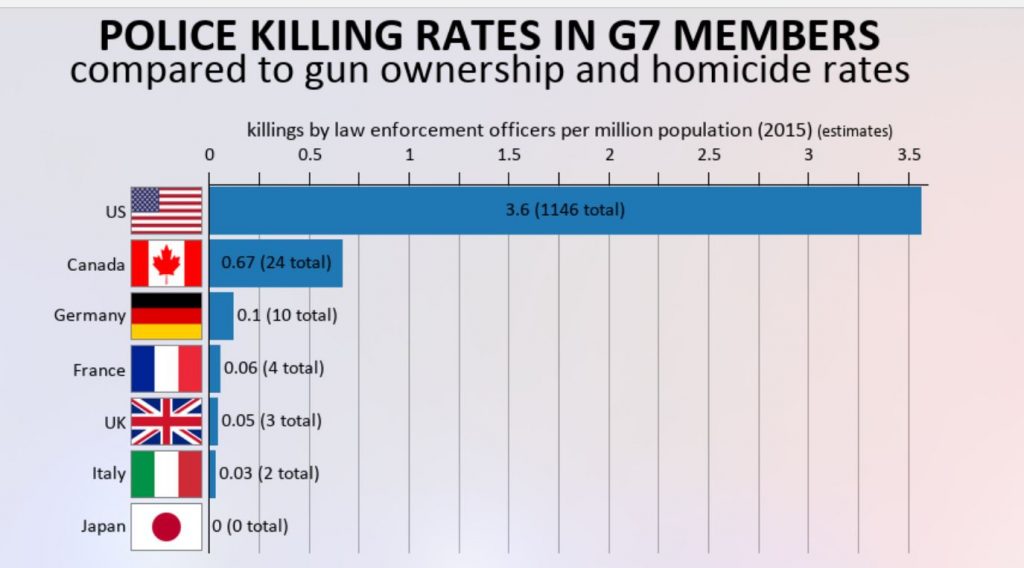 Every police officer is armed and rarely will they ever be found guilty of killing citizens. In London, the police were unarmed and there was far less violence. A criminal in the state knows he may have to shoot his way out because the police are armed.

Nonetheless, there is also a growing trend of what is being called “Suicide by Cop” where people lack the courage to commit suicide so they look for other means. Inside prison, they will typically pick a fight with someone they know would kill them

Outside, people who are already contemplating suicide but lack the courage, decide that provoking a policeman into killing them is the best way to achieve that goal. These individuals may even commit a crime with the specific intention of provoking the police into a lethal confrontation.

Still, others who are committing a crime but have been in prison before may choose to shoot it out and prefer death to prison.

The question becomes, should every police officer carry a gun? Should there be special forces that are called in? If they know the police are not armed, as, in London, they don’t shoot them. Interesting question!

« Are Police Acting Like Thugs Because Judges Refuse to Defend the Constitution?
Everything About the Las Vegas Shooting Has Been a Lie? »