Police Brutality Getting Way Out of Control 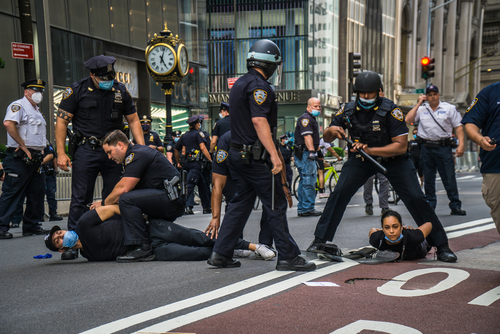 COMMENT: In Canada like other countries, the lockdown was so well coordinated among Federal, provincial, and municipal governments. It is amazing and no one is accessible as to who is involved. Government is in hiding and no one is talking. The trouble is resistance justifies a thug-like response and violence likely justifies a full police state. The only solution seems to be considered civil servants as the enemy and Saul Alinsky tactics? I am of your generation.

ST
REPLY: I just heard from a friend who was arrested and she was treated brutally, her clothes were torn from her, she was denied her phone to call for bail. Her earings were pulled out as rough as possible. She was shocked at how abusive the police were. All they have accomplished is she is now anti-police because of how she was treated. Some police just think they can do whatever they desire at this time.