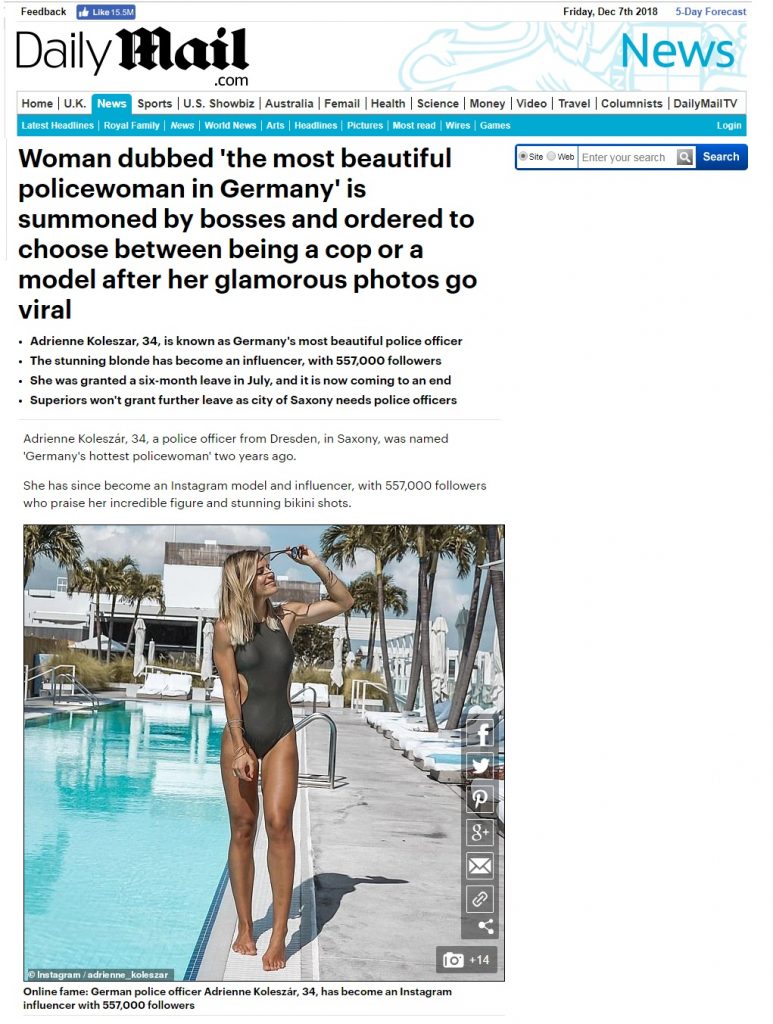 One of the clear cultural differences between Europe and the United States is that they even have the “hottest” female police officer – Adrienne Koleszar. That is something they just would not do in the United States. We hold Senate hearings because Janet Jackson’s breast popped out on TV at the Super Bowl. It is interesting that from the outside looking in, America is viewed as being prudish, to put it mildly.  Yet Adrienne’s boss told her she had to choose between being a cop or a model.

I appeared in Dresden but the police who were there to keep the crowds in line certainly did not look like her. The people were very warm and they even handed me a bouquet of flowers at the end of my presentation. Never had that in any other city I have ever made a presentation.