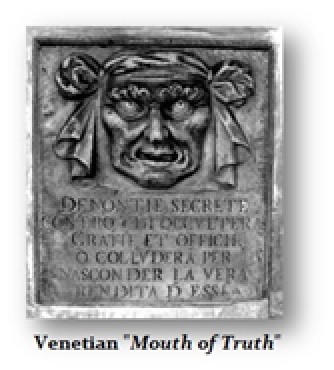 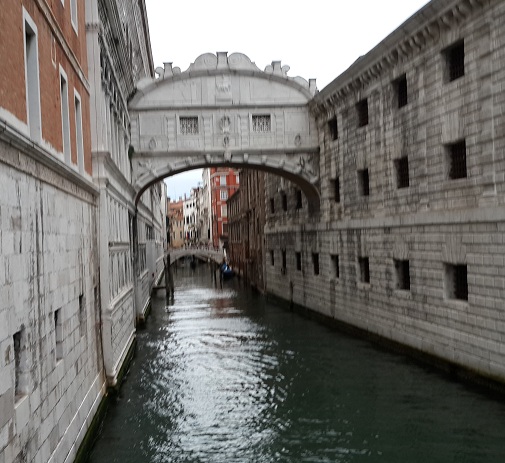 The end of the Venetian Empire, otherwise known as the Republic of Venice, traditionally was a sovereign state and maritime republic in northeastern Italy, which existed for over a millennium between the 7th century and the 18th century from 697 AD until 1797 AD. As is the case with ALL Republics as we have today, they descend into oligarchies and during the process they enter the final stage of their death by not just turning against their own people, but the people divide into groups as we see today and they become increasingly hostile toward one another – i.e. Democrats v Republicans.

Today, we are witnessing since the Kavanaugh hearings that unsubstantiated allegations are being hurled at now from both sides targeting anyone in a political office. We have the black-face scandals going on in Virginia to governors being accused by women of various sexual assaults decades ago. In the case of Venice, they set up the network of boxes known as the Mouth of Truth where people could drop anonymous allegations against anyone and they would be presumed to be guilty as is taking place today. The accused person would be even tortured until they confessed just so they would be granted a more painless death. After all, the mere allegation was proof of guilt. Indeed, Edward Gibbon wrote of the Roman Emperor Commodus: Suspicion was equivalent to proof; trial to condemnation (Book 1, Chapter 4). Government always descends into such corruption. That is just a fact of history.

In Venice, one would be taken to the Doge’s Palace upon a mere allegation and then to prison. Later, the prisoner would cross what is known as the Bridge of Sighs or Sorrows after that was constructed for easy access to the prison. The bridge derives its name for it was the last time a prisoner saw the outside world through the window before their imprisonment. The bridge’s name was given to it in history by Lord Byron as a translation from the Italian “Ponte dei sospiri” for prisoners would sigh at their final view of Venice.

Today, we have people making accusations against others from 30 or 40 years ago which can never be proven. It is always he said, she said. We are allowing the very same practice that destroyed the Venetian Empire to flower once again and we cannot stop it until it consumes us all in a battle that will never be won. In law school, they teach you that the Due Process of Law comes from the Bible. God already knew what happened between Cain and Able. He still granted him the Due Process of Law to (1) summon him providing notice and (2) the right to be heard. We no longer allow Due Process of Law. We presume guilt and condemn people without trial.

We are even witnessing elements of the police force have been indoctrinated to see individuals as all potential threats. While there are police who have retained their humanity, there is also a growing number that sees a badge as a license to do whatever they desire. Police and Prosecutors, as well as Judges, are above the law. This is a very serious issue that will tear our societies apart at the seams. Even Thomas Jefferson included such a complaint in the Declaration of Independence – For Protecting them, by a mock trial, from punishment for any murders which they should commit on inhabitants of these states. Ah! How history repeats and we are condemned to watch the majority commit those same errors over and over again without end.

The accounts of police brutalities are countless. But there are also far too many accounts of police bursting into homes as they did to arrest Roger Stone in dramatic fashion and they went to the wrong house. As people assumed there was an intrusion, the police shot and killed homeowners trying to defend themselves. In some cases, they just killed the dog that tried to protect the home. Entering the wrong house is becoming very common. The number of innocent people being killed because of these dramatic scenes the police are staging when they have the wrong house is going off the charts. In every state, this is on the rise. You can imagine if the police went to what they thought was Roger Stone’s house and entered his neighbor’s by mistake.

This kind of dramatic staged event by police is not some video game they get to act out. They are done at pre-dawn to deliberately catch people who are then disoriented. Therein lies the problem. When it is the wrong house and people have no idea it is the police, then shoot back when they can. These stage events must be prohibited by law. The tip-off in the Stone affair to CNN is standard procedure. They want the press there for the PR value. This makes the person appear to be already guilty so just condemn them and be done with it. This emerges throughout history when a government turns against its own people. Unfortunately, we have crossed the Rubicon and there is no going back.

Then there must also be a PRESUMPTION of innocence restored and any newspaper that publishes ANY allegation against someone that is more than 10 years old and was never reported should be a presumption of libel. It has to stop. Nobody can survive such free-wheeling allegations and their families are also victims. Kavanaugh had a 10-year old daughter. We all know how cruel kids can be to one another in school. You can bet she was taunted that her father was a rapist. The mental damaged inflicted on a child stays with them forever. It is not hard to imagine that to run for any office or accept an appointment today, will require second thoughts with respect to your family. Many people I speak to who would otherwise consider being there to really help when the time comes, are turning their back because of how the entire process has degenerated into a political brawl.