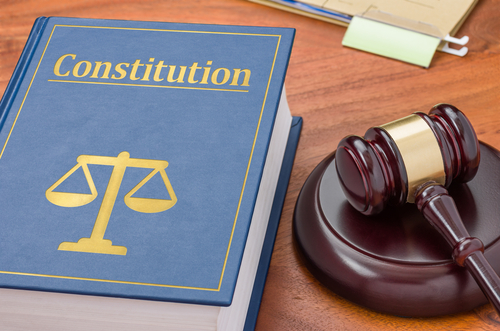 The New Jersey State Assembly has begun the pursuit of a constitutional amendment to guarantee pension payments for government workers over all other types of state spending. This would naturally include all politicians, which is why they are introducing it. Because spending on education, health, crime, environment, welfare etc. is not guaranteed by the Constitution and is subject to elimination to pay for the pensions of 800,000 current and former public employees, politicians want to amend the Constitution and that means property taxes will SOAR. This means the people of New Jersey have to stop this insanity for once; it is a constitutional amendment, that is it. They will rob everything you have as a constitutional requirement.

Come November, without explaining the seriousness of the issue, the New Jersey Legislature will put a proposed constitutional amendment on the ballot that would provide consistent state payments each year to the $79 billion New Jersey Pension Fund. The best advice is to sell your home and get out now. If this goes through, property taxes will explode as they did in Illinois and the value of your home will drop. Sell and rent, but do not own unless you live in a state like Florida or Texas.

Seven states have specific clauses in their constitutions that protect public employee pensions: Alaska, Arizona, Hawaii, Illinois, Louisiana, Michigan, and New York. We have already seen Illinois on the brink of bankruptcy. Illinois will be completely devastated. There is no hope whatsoever, for changing the Constitution at this point in the game would only apply prospectively. That means these states will see an explosion in taxes over the next four years and they may simply be forced into bankruptcy if they are unable to meet bond payments for pensions come first.

« When Will Greece Elect a Real Government?
German Study: USA is the Top Tax Haven in the World »