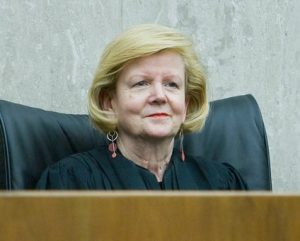 A Washington DC District Judge Colleen Kollar-Kotelly has temporarily blocked Biden from firing unvaccinated Federal workers. The judge found that the order was unconstitutional as it has failed to acknowledge employees seeking religious exemptions. “None of the civilian employee plaintiffs will be subject to discipline while his or her request for a religious exception is pending,” Kollar-Kotelly declared. US military members may not be prosecuted for their sincerely held beliefs. “[A]ctive duty military plaintiffs, whose religious exception requests have been denied, will not be disciplined or separated during the pendency of their appeals,” the judge noted.

Finally, someone is standing up to the Biden agenda and defending our liberties. If only more judges and people in positions of power were willing to stand up for We the People who they have sworn to protect.

The plaintiffs’ attorney Michael Yoder told Fox News that his aim was to defend the Constitution. “Thankfully, our Constitution protects and secures the right to remain free from religious persecution and coercion,” Yoder stated. “With this order, we are one step closer to putting the Biden administration back in its place by limiting government to its enumerated powers. It’s time citizens and courts said no to tyranny. The Constitution does not need to be rewritten, it needs to be reread.” Agreed — say no to tyranny.