Why Won't the Press Reveal What Hillary Has Done to Students & Families? 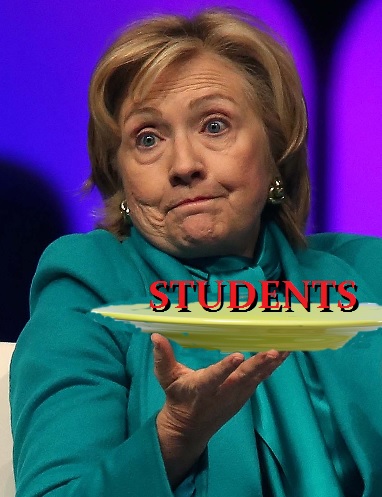 QUESTION: Mr. Armstrong, we saved for years to pay for our children to have an education. But tuition has exploded in price making the average student now dependent on student loans. Why do politicians have no heart? They seem to be just pure greedy evil people. Thank you for reporting it was Hillary who ruined our future and that of our children.

ANSWER: I fully understand what you mean. I use to try to help on Capitol Hill, but honestly, I gave up. It is just way too corrupt. I am convinced that we have lost everything due to career politicians, whom should be against the law. There is nobody on our side. The audacity of Hillary Clinton to claim she stands for the lower class when she did more than anyone in history for the bankers. There is a tuition study showing that the average cost for education rose in proportion to student loans, thanks to Hillary who has no remorse.

I believe Hillary is going to be remembered by history with the same notoriety of the wife of Aristobulus, Salome, who asked Herod Antipas for the head of John the Baptist in return for her risqué dance for the king. In this case, the bankers asked for the head of students on a plate and Hillary delivered. The mere fact that no mainstream media will highlight the Clintons’ role in cutting the chains that bound the bankers demonstrates how corrupt the press is as well. They demonize Trump and Carson, but never Hillary who walks on water.

« Obamacare Sucking up 10% of People's Income
Department of Justice »