Who Owns the Fed? 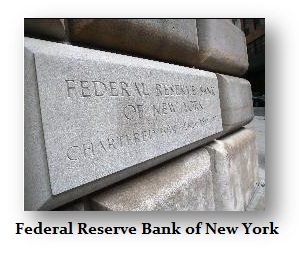 The Federal Reserve is not owned by foreign banks, the Queen of England, the Rothschilds, or whomever. The shareholders are American banks. However, the Fed does pay 6% dividends to the private banks that own the shares. The Political Research Associates is a far more reliable source than the people who use bogus books with an agenda.

We could transfer the shareholding to the Treasury, but that would only tempt the Executive who would raise or lower rates for political purposes. We could float the Fed and make their shares public on the NYSE, which would require full disclosure. That is one possible solution.

It is true that foreign share holders bought into Alexander Hamilton’s first bank, but that was not the Federal Reserve. They were investing in an emerging market. This also culminated in the first American banking crisis and bailout – Panic of 1791.

Right now, a 6% fixed dividend is a great investment. It is way out of line with negative rates today.

Here is a list of the top shareholders in the New York Federal Reserve: