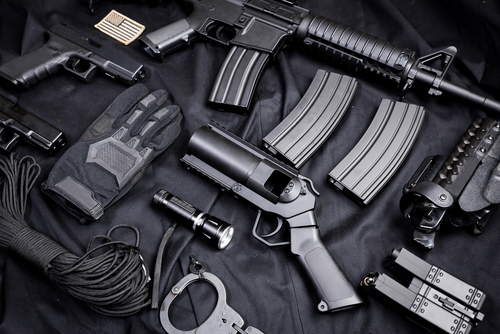 The Federal government is arming every agency from the IRS to the State Department for domestic purposes. This is clearly a response to what they know is coming. There is no question that they are preparing for an uprising. They know that socialism is collapsing. Rather than reform the political economy, they are digging in their heels and getting ready to fight the civilian population. Many are starting to investigate this very unusual trend. This is very alarming. They are watching Europe and know any trend that starts there, always come here — not just fashion.

The non-prosecution of police is resulting in widespread civil unrest where merely people in uniform are seen not as “pigs” as in the 1960s, but the enemy no different from an invading army. Now 5 officers are dead and 6 were injured in a Dallas protest. The police involved in Baton Rouge had four previous “use of force” complaints filed against them. As long as police are not prosecuted, then the bad ones will risk the lives of all because they will all be seen as the enemy. It is time to beginning prosecuting police who act abusively or we will risk civil war.