The Move to America — the Great Capital Migration Something very interesting is unfolding. Included in the new year-end spending bill was a waiver of the Foreign Investment in Real Property Tax Act (FIRPTA), which had been implemented during the late 1980s when the Japanese were buying everything. They claimed to have focused on buying U.S. farmland, but it also applied to buying trophy U.S. property like Rockefeller Center in New York City.

This position has been reversed in the new year-end spending package. While some attribute this to a grand conspiracy, giving far more credit to those in Congress and in the White House than they deserve, our sources simply tell the plain story of lobbying to allow foreign buyers, who are supporting the real estate market in key areas, to purchase properties. Especially after London basically kicked every foreigner out of town by telling them their money was not welcomed, and with lightning speed they instantly turned to New York City.

High properties, even in Florida, are being sold to the Chinese largely in cash deals whereas Canadians are buying the greatest number of properties. The lobbying has been from the real estate and banking industry who see a market they want to service. Slipped into the $1.1 trillion spending measure, which was passed to avoid a government shutdown, were tax breaks for Americans that simultaneously treats foreign pension funds the same as Americans. There has been lobbying from foreign pension funds because they see no hope in Europe and have been pleading for permission to enter the U.S. market in a big way. For the first time this provision waives the tax imposed on foreign investors under FIRPTA. 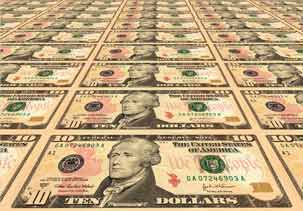 This is perfectly in line with our cyclical models because the DOLLAR has become the world reserve currency for real and by default. The dollar bears, who keep claiming it will crash, are looking only domestically. They have no peripheral vision and thus remain blind to the trend globally. They may sell stocks, assuming lower oil means more deflation. What if they are wrong?