The Supreme Court ruling in Utah v Strieff awarded the police total freedom to stop any citizen, at any time, to do whatever they desire. The Supreme Court determined that the “poisonous fruit” of a police officer’s stop of a citizen can be used against them at trial. This has wiped out, in reality, any constitutional protection you thought you had. This is a sad day for the United States, for the Supreme Court has officially created a full-blown police state and clearly has no intention of honoring why this nation began the entire American Revolution —  to prevent illegal searches that allowed the king to look for anything he could use to prosecute citizens.

The Supreme Court ruled that even though the officer had initially violated a person’s rights (in other words, the Constitution) the officer’s conduct was “at most negligent” and the result of “good-faith mistakes.” This language is a wink and nod to the police who only have to claim they made a mistake that was not intentional and they walk free. We have witnessed police outrageously murder citizens, but the police officers involved are usually not charged. Now, with this decision, the United States has become exactly as Ukraine stood before the people revolted.

A friend of mine from Ukraine came to the states before the last revolution. When they would see a police officer, they would tense up and try to avoid them at all costs. At home, the police were the criminals. They would shake you down, abuse you, and there was simply no rule of law. The Supreme Court, as of yesterday, has committed suicide.

In February 1761, James Otis, Jr. (1725–1783) argued brilliantly against the Writs of Assistance that was authorized in 1660 but became an instrument of tyranny in 1758 in the American colonies as a means to raise taxes. For nearly five hours, Otis made a brilliant oration in court against the Writs, but he lost the case, for what judge would ever rule against his master? John Adams later wrote that “the child independence was then and there born, [for] every man of an immense crowded audience appeared to me to go away as I did, ready to take arms against writs of assistance.” This spirit of resistance appears to rise roughly every 51.6 years, albeit at different intensity.

This very power to arbitrarily search anyone sparked the American Revolution. No taxation without representation followed, but the inspiration was the right to be free and the Supreme Court just took away. The police no longer have restraint. This is the final stage of how empires, nations, and city-states collapse when there is no rule of law. Once the state elevates itself above the people, the end is not far behind. The dissenting words of Justice Sonia Sotomayor reflect the dire state to which the United States has degenerated. 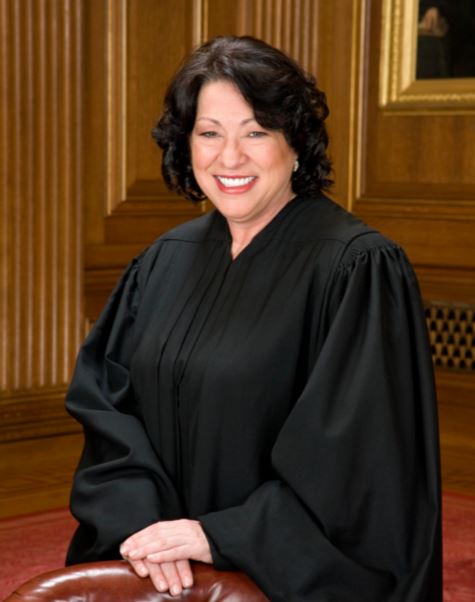 Scalia would have joined Justice Sotomayor on this one, and if he were still alive, he would have tipped the scale and protected our liberty. With Scalia gone, who was a strict constructionist, there is little hope left in the Supreme Court. Justice Sonia Sotomayor wrote, “Even if you are innocent, you will now join the 65 million Americans with an arrest record and experience the ‘civil death’ of discrimination by employers, landlords, and whoever else conducts a background check.”  She concluded, and I must agree:

By legitimizing the conduct that produces this double consciousness, this case tells everyone, white and black, guilty and innocent, that an officer can verify your legal status at any time. It says that your body is subject to invasion while courts excuse the violation of your rights. It implies that you are not a citizen of a democracy but the subject of a carceral state, just waiting to be cataloged.

We must not pretend that the countless people who are routinely targeted by police are “isolated.” They are the canaries in the coal mine whose deaths, civil and literal, warn us that no one can breathe in this atmosphere. They are the ones who recognize that unlawful police stops corrode all our civil liberties and threaten all our lives. Until their voices matter too, our justice system will continue to be anything but.