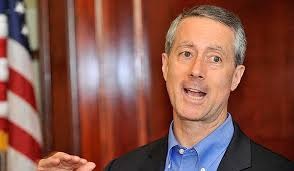 Chairman of the House Armed Services Committee, Rep. Mac Thornberry’s new bill set to pass this week will change how the Pentagon buys weapons, the very people who sell the arms to the government got to write the bill in favor. Thornberry has altered the acquisition system weakening the power of the Pentagon’s chief weapons tester, an independent watchdog who answers directly to the secretary of defense. In the past, this position has uncovered flaws in big-ticket weapon systems. The Thornberry provision allowed the Aerospace Industries Association to make sure contracting officials use the standard of lowest price when choosing winning bids only in “appropriate circumstances”. Anyone who wants to know why, well the F-35 is said to be a disaster, despite the bill going from $8.6 billion to $15 billion it may still not work.

This basically demonstrates that career politicians are way too dependent on donations to run for reelection all the time. This is just another example why term limits are so mandatory.