Prosecutors Have More Power Than Judges 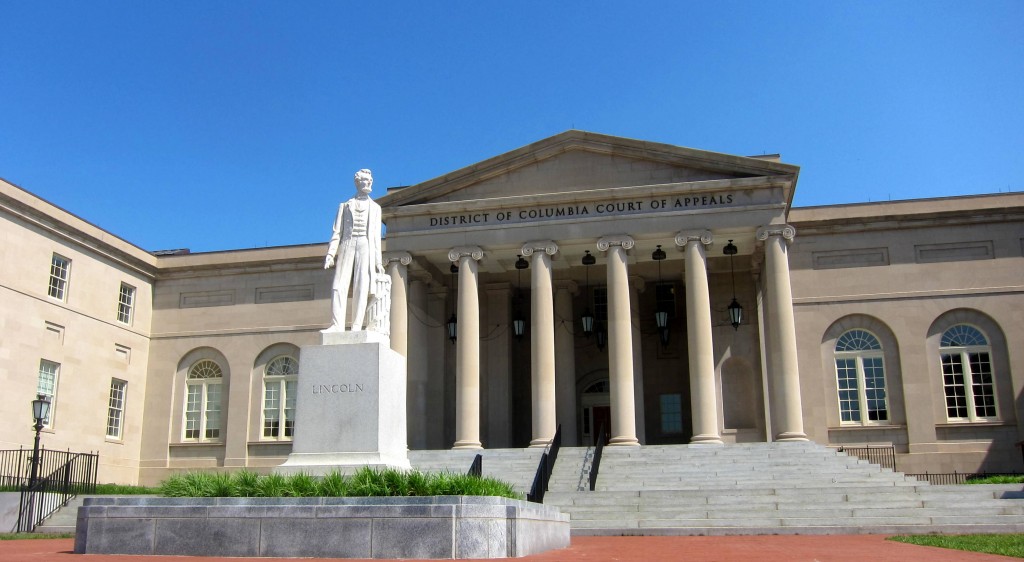 The Executive Branch was handed dictatorial powers last month in a Washington DC Court of Appeals decision, United States v. Fokker Services B.V., where a Dutch aerospace firm was accused of making more than 1,000 illegal shipments of parts and components to Iran and other sanctioned countries from 2005 to 2010. It held that Federal judges have no authority to “second guess” the discretion of federal prosecutors to cut deals with companies under criminal investigation. This was a unanimous ruling that is handing unimaginable power to the Justice Department, who claims discretion to obey the law. This is why Hillary can escape prosecution because the government can deny equal protection of the law to its citizens. They prosecute some people and not others for the very same offense.

The U.S. Court of Appeals for the DC held that the Justice Department may engage in the often-controversial deals it uses to punish large companies without leaving the scar of a criminal conviction that might threaten their existence when it comes to things like a banking license. These deals are “Deferred Prosecution Agreements” which allow companies to avoid criminal prosecution by paying a fine and submitting to certain conditions for a period of probation, after accepting responsibility for wrongdoing. Who becomes the probation officer? Former US attorneys, such as Ashcroft who gets tens of millions of dollars in return for no criminal prosecution. When NJ governor Chris Christie was a federal prosecutor, he did a deal where the company had to pay  $52 million to John Ashcroft, former US Attorney General, to monitor a firm in New Jersey. These types of deals are rotten to the core, and the US Court of Appeals ruling that judges have no power to object is handing prosecutors the ultimate blackmail card of all time.

The “discretion” in legal terms has been transformed into exactly what it was not supposed to be. The Supreme Court explained back in 1824 in the landmark case:

When the President of the United States takes office, he takes his oath of office which has just become word they babble any more.

“Before he enter on the Execution of his Office, he shall take the following Oath or Affirmation: — “I do solemnly swear (or affirm) that I will faithfully execute the Office of President of the United States, and will to the best of my Ability, preserve, protect and defend the Constitution of the United States.”

Nowhere within this oath does it give the “discretion” to execute what laws based on what someone likes or dislikes. This decision effectively nullifies that oath entirely and declares to the entire world that there is no rule of law. The president and everything within the executive branch has the discretion to enforce the laws created by Congress. That bluntly means that the people have absolutely no say whatsoever in government for they pretend to elect “representatives” who can legislate but the president need not listen. Congressional powers as defined in the Constitution are “To make all Laws which shall be necessary.” None of this means anything if the president has the “discretion” to enforce what laws he agrees with. That is a dictatorship and tyranny.

To borrow Money on the credit of the United States;

To regulate Commerce with foreign Nations, and among the several States, and with the Indian Tribes;

To establish an uniform Rule of Naturalization, and uniform Laws on the subject of Bankruptcies throughout the United States;

To coin Money, regulate the Value thereof, and of foreign Coin, and fix the Standard of Weights and Measures;

To provide for the Punishment of counterfeiting the Securities and current Coin of the United States;

To promote the Progress of Science and useful Arts, by securing for limited Times to Authors and Inventors the exclusive Right to their respective Writings and Discoveries;

To constitute Tribunals inferior to the supreme Court;

To define and punish Piracies and Felonies committed on the high Seas, and Offences against the Law of Nations;

To declare War, grant Letters of Marque and Reprisal, and make Rules concerning Captures on Land and Water;

To raise and support Armies, but no Appropriation of Money to that Use shall be for a longer Term than two Years;

To provide and maintain a Navy;

To make Rules for the Government and Regulation of the land and naval Forces;

To provide for calling forth the Militia to execute the Laws of the Union, suppress Insurrections and repel Invasions;

To provide for organizing, arming, and disciplining, the Militia, and for governing such Part of them as may be employed in the Service of the United States, reserving to the States respectively, the Appointment of the Officers, and the Authority of training the Militia according to the discipline prescribed by Congress;

To exercise exclusive Legislation in all Cases whatsoever, over such District (not exceeding ten Miles square) as may, by Cession of particular States, and the Acceptance of Congress, become the Seat of the Government of the United States, and to exercise like Authority over all Places purchased by the Consent of the Legislature of the State in which the Same shall be, for the Erection of Forts, Magazines, Arsenals, dock-Yards, and other needful Buildings;—And

To make all Laws which shall be necessary and proper for carrying into Execution the foregoing Powers, and all other Powers vested by this Constitution in the Government of the United States, or in any Department or Officer thereof.

« The Confessions of Congressman X
Obama breaks with Saudi Arabia »