NSA Supported by Republicans Who Have Betrayed the People 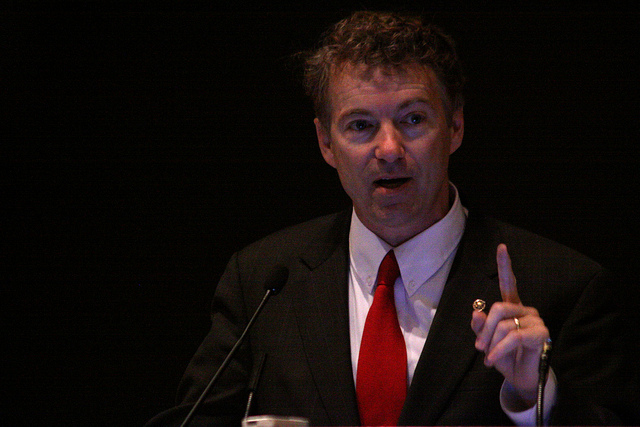 The National Security Agency (NSA) lost its authority at midnight to collect Americans’ phone records in bulk, after Kentucky Republican Sen. Rand Paul stood in the way of extending the hotly contested program in an extraordinary Sunday Senate session. We should pay attention and vote any politician who renews such powers out of office.

The NSA program and several other post-Sept. 11 counter-terror measures appear likely to be revived in a matter of days. With no other options, Senate Majority Leader Mitch McConnell reluctantly embraced a House-passed bill that will extend the anti-terror provisions that expire Sunday at midnight, while also remaking the bulk phone collections program.

The NSA had already begun winding down the phone collection program in anticipation that it would not be renewed. To ensure the program has ceased by the time authority for it expires at midnight, the agency planned to begin shutting down the servers that carry it out at 3:59 pm on Sunday. Rebooting would take about a day.