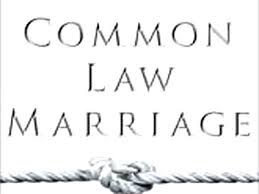 While the number of people living together without getting married has nearly doubled since 1981 due to a fear of the legal obligations of marriage, there remains a common misperception that if you live together for a certain length of time (seven years is what many people seem to believe), you are magically in a common law marriage. This is just simply not true anywhere in the United States.

Some states recognize common-law marriages with stipulations, such as proving cohabitation and a reputation of being married at bare minimum. Some states, like Alabama, recognize common-law marriages if there is (1) mental capacity; (2) an agreement to be husband and wife; and (3) consummation of the marital relationship. Other states like California do not recognize common law marriages, but recognize civil unions or domestic partnership whereas one has rights to joint health care, estate planning, and adoption benefits to unmarried couples who have registered as domestic partners. The law gives same-sex couples some of the essential resources necessary to protect their families and their relationships. You still have to pay a fee.

Had there been simply a federal law granting the privilege for two people to enter a domestic partnership with the same legal rights as marriage privileges for estates, healthcare, taxes, and “family” status in hospitals, this would have solved the entire problem rather than fighting over the word definition of “marriage”. Unfortunately, it is always about money. Government is arrogant to assume they have the right to convert marriage into a “privilege” by superseding all religions.

Only a few states will recognize common law marriages, and each state has specific stipulations as to what relationships are even included: