Hillary & the Email Conspiracy that even Taints Obama 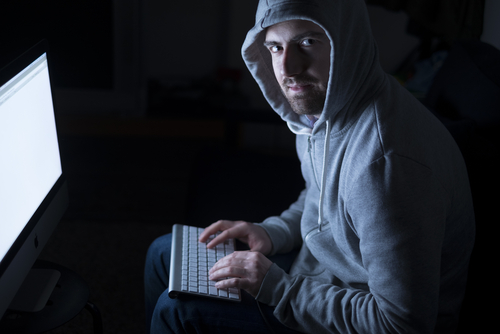 I previously reported on June 15, that Russia hacked Hillary’s emails. That is now starting to surface in the press, but naturally outside the USA where the press is more interested in attending her coronation. The notorious Bill, Hillary, and Chelsea Clinton Foundation was among the targets of Russian hackers. There is no question about it —Hillary is a real traitor. She clearly sold her influence to countries, granting arms deals if they donated to her foundation.

While Russia may release these emails, the burning question is where is the NSA? They have everything no matter what Hillary erased. If the NSA fails to release this and come forward, then they too are conspiring to betray the nation as part of the cover-up. The evidence never surfaced to prove that Nixon ordered the break-in of Watergate.

Early in the morning of June 17, 1972 (1972.46), a few burglars were arrested inside the office of the Democratic National Committee (DNC), located in the Watergate building in Washington, D.C. The burglars were connected to President Richard Nixon’s reelection campaign. They attempted to wiretap phones and steal secret documents. Nixon took steps to cover it up afterwards by raising “hush money” for the burglars, trying to stop the Federal Bureau of Investigation (FBI) from investigating the crime, destroying evidence, and firing uncooperative staff members. If Obama tries to stop the FBI investigation or directs the Justice Department not to indict Hillary, he is committing the same crime as Richard Nixon.

There now appears to be links to Obama as well. There are emails from Obama to Hillary’s private server, proving he knew what she was doing. Clinton keeps trying to dodge the criticism and distort the degree to which the rules have changed since previous secretaries of state were in office. On August 24, 2012, Obama signed a directive to the heads of the executive departments, which would have included Hillary (Directive to Hillary 2012 m-12-18). Hillary was Secretary of State between 2009 and 2013. Therefore, Obama knew she had a private email server and sent this directive, which she IGNORED.

The entire issue will become a nightmare. If the Russians have the emails and release them, it will expose Obama as well. This is just the type of scandal we need to really start cleaning up Washington. It was August 1974 when Watergate came to the surface. We do not have the same honest type of press anymore. They would never expose Obama or Hillary. That would never come to their minds for they too would not be part of the conspiracy. Members of the press and the Democrats led by Nancy Pelosi tried to disband any investigation into the email scandal.

It is certainly on time for another scandal. The 43-year cycle from 1972.46 brings us to 2015.536, which was July 15, 2015. As of May 2016, no answer had been provided to the public as to whether 31,000 emails deleted by Hillary Clinton as “personal” have been or could be recovered. The Obama Administration is clearly blocking this issue.

Nonetheless, as early as 2009, officials with the National Archives and Records Administration (NARA) expressed concerns over possible violations of normal federal government record-keeping procedures at the Department of State under Secretary Clinton. At the time Hillary became Secretary of State, there was the State Department’s written policy that emails generally be conducted on an “authorized” computer with adequate security measures. She never received any exception to this policy and did not seek permission in advance. Then in December 2012, a nonprofit group called Citizens for Responsibility and Ethics in Washington filed an FOIA request seeking records about her email. The Obama Administration a responded in May 2013, stating, “No records responsive to your request were located.”

It turned out that emails sent to Clinton’s private clintonemail.com address were first discovered in March 2013, when a hacker named “Guccifer” distributed emails sent to Clinton from Sidney Blumenthal. Guccifer obtained Blumenthal’s email account and demonstrated that emails dealt with the 2012 Benghazi attack and other issues in Libya. This revealed the existence of her clintonemail.com address. Blumenthal did not even have any security clearance when he received material from Clinton that has since been characterized as classified by the State Department.

In October 2014, the State Department sent letters to Clinton and all previous Secretaries of State back to Madeleine Albright, requesting emails and documents related to their work while in office. On Dec. 5, 2014, Clinton lawyers delivered 12 file boxes filled with printed paper containing more than 30,000 emails. Clinton withheld almost 32,000 emails deemed to be of a “personal” nature.

Finally, on March 2, 2015, New York Times’ article broke the story that the Benghazi panel had discovered that Clinton exclusively used her own private email server rather than a government-issued one throughout her time as Secretary of State.

If Russia releases the emails or has them, is Obama cutting some deal to prevent them from being released? This is far bigger than Watergate for there are a lot of people conspiring to cover this one up.