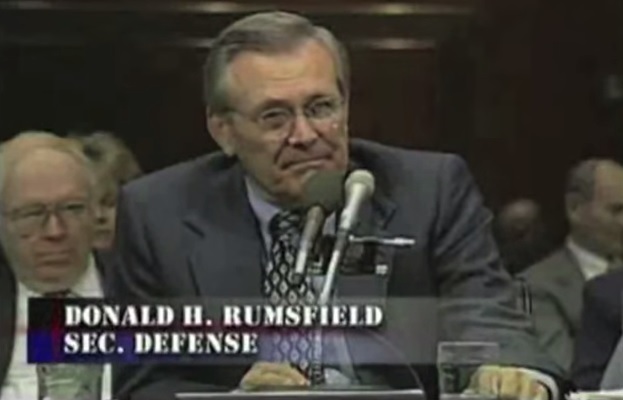 Part of the 9/11 conspiracy, exposed on September 10, 2001, is an unexplained $2.3 trillion missing from the Defense Budget. The plane that struck the Pentagon (if it was a plane) hit the room with all the records. That ended the investigation exposed the day before and Donald Rumsfeld promised to investigate.

Well 9/11 certainly stopped that investigation, but not the fraud. Now the budget amounts to $8.5 trillion that is not accountable since 1996. The way to deal with it this time, instead of attacking a city to place blame on someone else, is to just exempt it from accounting for anything. Because of its persistent inability to tally its accounts, the Pentagon is the only federal agency that has not complied with a law that requires annual audits of all government departments, as reported by Reuters. That total sum now exceeds the value of China’s economic output last year. We are just supposed to accept that the NSA needs to track and listen to everyone, and we should just trust them. This is simply absurd.

Of course, this is totally unconstitutional. This violated Article I, known to include the Appropriation Clause.

No Money shall be drawn from the Treasury, but in Consequence of Appropriations made by Law; and a regular Statement and Account of the Receipts and Expenditures of all public Money shall be published from time to time. (ARTICLE I, SECTION 9, CLAUSE 7)

The Constitution was NEGATIVE and its purpose was to RESTRAIN government. It is simply ignored, but it is TREASON for those in Congress to even create an exception for the Department of Defense to account for all this money. Yet they want to hunt us down to account for every dime we find in a parking lot or your sofa.

« The Right to Notice, Ignored by Government
Government & God – Obama Threatens the Vatican »