Crime Pays — But Who? 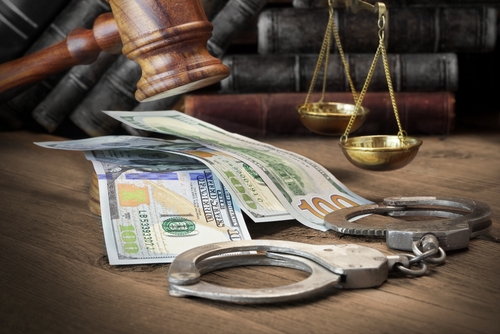 One of the eye-opening shocks I experienced after I was thrown in contempt was that nothing was what it seemed. Numerous suicides occurred but the press did not report on them, and the few that received coverage were spun to the government’s favor to portray them as having some remorse. The truth is that those who committed suicide were typically the innocent, whereas the real violent criminals, I found, were cowards. They might kill someone else, but they themselves fear death and will appeal until the end. Even those who did something they believe was right, like Timothy James McVeigh (April 23, 1968 – June 11, 2001), opted for death and refused to appeal. The outright murdered was terrified of dying.

Then there is the nonsense portrayed as recidivism (the relapse to criminal behavior). The truth, even in this department, was far from what the press portrayed. I met people who had been imprisoned for 20+ years who were scared to be released. They all said they would commit another crime to get back inside where life was easy. Once a black individual cried in my cell. He asked me to read his paper because he could not read. He was sentenced to 40 years imprisonment when he was only 18-years-old. He said he had no family left. He had no idea what to do and was scared to death of the outside world. I came to learn that prison was not a punishment; it was a change of life. The justice system somehow operates under the delusional idea that increased prison sentences will deter people. That is just stupid. Prison is suited ONLY for those who pose a violent risk to society — no one else.

So now, we have the idea that they will pay people not to commit a crime after getting out. This will help some who are poor who committed some crime for money. However, the whole system is totally screwed up.

EVERY drug dealer I met said the same thing — the police stole half the cash they had. Their court-appointed lawyers told them to shut up because they would face longer sentences if they were found with more money. Just who is benefiting from this system is highly questionable. Then you have prison guards who take the job so they can beat-up people. They are some very sick individuals. Five New York City Rikers Island prison guards ere just found guilty in beating people. All this does is teach people that government is the enemy. When released, they have been exposed to a vast corruption that dominates the entire prison culture. Inmates have far too often been murdered by prison guards and buried in hole in prisons never to be heard from again. The Arkansas prison farm was just one notorious affair they try to hide from the public.

So unfortunately, the press rarely ever exposes the truth. They support government against the people and have abandoned their constitutional role of defending the people against government. Once the press was bought by big business, they then have agendas sold to the highest bidder.

D.C. may pay people not to commit crimes

Under this bill, up to 200 individuals a year could qualify.

WASHINGTON — They say crime doesn’t pay, but that might not be entirely true in the District of Columbia as lawmakers look for ways to discourage people from becoming repeat offenders.

The D.C. Council voted unanimously Tuesday to approve a bill that includes a proposal to pay residents a stipend not to commit crimes. It’s based on a program in Richmond, California, that advocates say has contributed to deep reductions in crime there.

Under the bill, city officials would identify up to 200 people a year who are considered at risk of either committing or becoming victims of violent crime. Those people would be directed to participate in behavioral therapy and other programs. If they fulfill those obligations and stay out of trouble, they would be paid.

The bill doesn’t specify the value of the stipends, but participants in the California program get up to $9,000 per year.

Councilmember Kenyan McDuffie, a Democrat who wrote the legislation, said it was part of a comprehensive approach to reducing violent crime in the city, which experienced a 54 percent increase in homicides last year. Homicides and violent crime are still down significantly since the 2000s, and even more so since the early 1990s when the District was dubbed the nation’s “murder capital.”

McDuffie argued that spending $9,000 a year in stipends “pales in comparison” to the cost of someone being victimized, along with the costs of incarcerating the offender.

“I want to prevent violent crime — particularly gun violence — by addressing the root causes and creating opportunities for people, particularly those individuals who are at the highest risks of offending,” McDuffie, a former prosecutor, said in a letter to constituents last week.

Democratic Mayor Muriel Bowser has not committed to funding the program, which would cost $4.9 million over four years, including $460,000 a year in stipend payments, according to the District’s independent chief financial officer. Without the mayor’s support, it would be up to the council to find money for it through new taxes or cuts to existing programs.

The program would be run independently of the police department, and participants would remain anonymous.

« Oklahoma Police Can Seize Your Entire Bank Account on a Traffic Stop Without Any Charges
Goldman Sachs Used Prostitutes To Sell Deals? »