Trump or Hillary – To Be or Not To Be

QUESTION: Would you endorse Trump personally?

ANSWER: No. Not for anything he has done or said. I do not believe in politics in general and I certainly question whether or not a single person can change the trend anyhow. We are in a decline and fall position. Hillary is simply the queen of corruption. She is by no means the ONLY corrupt politician in the game. She is just the perfect example of what we face with politics as a whole. There is no honor or even pretending to be honest anymore. This has degenerated to the point it’s just all about them and power. Nothing more. 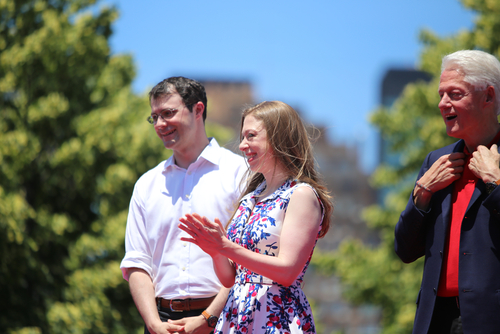 If I were to vote for personal enrichment, Hillary is a better bet for this will be probably the most scandal ridden administration in history. That should be good for increasing volatility, panics, and real crazy moves. How does the Clinton Foundation exist simultaneously with her and Bill in the White House? Chelsea will run the money machine with her hedge fund husband and of course there will be some fictitious Chinese Wall between her and her parents? Give me a break.

Financial panics, manipulations in markets, and general chaos as she unleashes and protects the worst of Wall Street will be great for business personally not to mention trading.

If Trump was elected, there is a glimmer of hope he will upset the status-quo so by 2018 perhaps we see the overthrow of political parties in Congress. For the nation, that is better and if he keeps his word about no nation building that would save a lot of lives. I lost probably half my high school friends to Vietnam. What did they die for? Strip joints and pole dancing?

I personally see that the only hope is a complete crash and burn. Then and ONLY then will we have the opportunity to really change how things are done. Until then, politics has devolved into the worst of the worst. So how can I say with a straight face vote for Trump or Hillary and the sun will shine tomorrow?  Perhaps I am a cynic.

The computer projection for a Trump victory is by no means my personal opinion, endorsement, prayer, or wishful thinking. This is a worldwide trend of anti-establishment. To view the whole trend in the eyes of Trump v Clinton misses the critical issue for this is unfolding in every country, not just USA..

« Are They Planning to call The Election a Fraud if Trump Wins?
Worker Claims to Discover a Warehouse in Ohio loaded with Ballots for Hillary Already Filled Out »