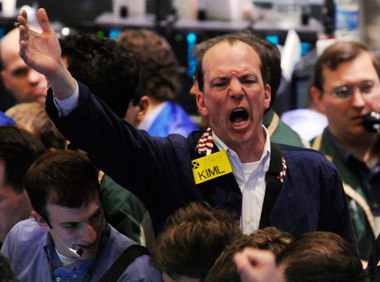 The markets are coiling and do not know what to make of all the scandals being released. A Reuters polls shows that 70% of Republicans believe the election will be rigged. This is what the computer has been projecting that 2015.75 was the peak in government. Trump has risen to the top not for any personal quality or that he is the best person for the job. This really has nothing to do with Trump as a person. He just happened to be there at the right time.

Trump has brought in more people to the Republican Party who just never bothered to listen to the people to begin with. You hear people talking about revolution if Hillary is elected. This chatter is rising and I am really surprised for I have personally encountered people talking openly about this waiting in line just at Starbucks. This too the computer has forecast, not that a “revolution” will take place, but a rise in civil unrest.

Trump has tapped into disenfranchised people from several groups. There were the fiscal conservative Reagan Democrats, the Tea Party, the Henry Ross Perot supporters, Pat Buchanan supporters, and people who simply ignored politics of both parties.  The Republican Party took them in, but said shut up and listen. John Boehner held his introduction to Capitol Hill when all the Tea Party people were elected. They refused to knuckle down and that was really the beginning of this new trend that is really a populist movement.

While I personally would like to see a fair and honest government, that is like a girl winning Miss American and wishing for world peace. The computer simply has been correct that this is the start of the political meltdown. It is astonishing that the Democrats did not put Joe Biden up rather than Hillary, who is really the poster child for everything gone bad in politics. Unfortunately, there is nobody else other than Trump to lead the charge right now and he has merely fueled the the diehard Democrats who see everything Hillary does as a conspiracy against her. They refuse to even realize that 65% of Americans do not trust Hillary and that is a greater percentage than anyone has ever been elected by since 1900. So just how crazy is this getting?

Hillary is so bad and dishonest it is hard to know just how bad the world economy will turn down. We may simply move into a Waterfall type event for what appears on the horizon is a Phase Transition. We have a 5,000 year low in interest rates so there is no place to run in the debt markets. Sure there is gold. But that is really for the individual, not the big money. Real Estate is coming under massive regulation and the Dodd Frank regulations have made it harder now to get mortgages and that will simply weigh heavily on a market unable to recover. The only thing left in town for the majority of people and big money will be equities. There is simply no other place to hide.

A Trump victory would bring to the table a whole different battle. He is for term limits for Congress and that is essential to clean things up down there. But let us face the facts. There is no way Trump can reverse the economic implosion so we are going down anyway, it is just with Hillary we may plunge into 2020 really hard. It is unlikely that Trump will succeed in changing Capitol Hill, and the two talked about scenarios behind the curtain are the martial law using a Trump victory and blaming it on Putin, or the Electoral College will still hand it to Hillary, which may cause even more of civil unrest. Any way we slice this mess, there does not appear to be a nice calm solution on the horizon.

All the scandals, conspiracy theories about murders and money, this simply reflects how far we have fallen in our respect for government.

This is the second election in the Year from Political Hell. We have two more – France and Germany. The markets are creating a base and that is what is essential to create a Phase Transition. You must coil first and then pop. The markets are coiling as everyone holds their breath waiting for the result.

So why I have reported the scandals and tried to show what both sides are saying from FOX News to MSNBC, this is important to always understand the thinking process even when you do not agree with how they reason to reach some logic. My father was a colonel under General Patton who beat Romul in North Africa because he read his book on tactical tank warfare. If you understand what the opposition is thinking, you will understand how to react. All this news and scandal puts flesh on the bones and helps us see just how nuts this really is going to get.

We had a turning point in the ECM yesterday. Is this the shift in sentiment that begins and will be manifested in the vote? We will soon see.