This is the most interesting presidential election in American history. It obviously reflects precisely what our computer projected for 2016 back in 1985 based solely off of economic trends. However, the polls view Hillary as the most dishonest candidate in history and Trump as a hothead. What they do not understand is that Hillary is the one with a violent streak in her. She gave Bill a black eye. She certainly does not have the temperament to be a president. 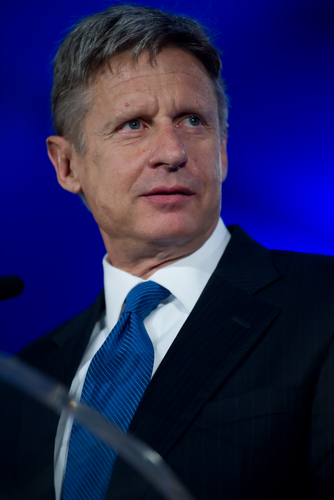 Note that the two former major highs were effectively a double top at the 30% level. They were about one 51.6 waves apart (6 x 8.6). The next target on this transverse wave projection is 2016. The support for Trump is tapping into this. He beat all of the career politicians to run in the Republican camp. Then Bernie put on a close race for Hillary who was supposed to walk down the red carpet for her coronation. What went wrong has been this general rising feeling that enough is enough.

The press is trying so hard to rig the game against Trump. Yet, what they may end up doing is exposing their own corruption, and as such, we are more-likely-than-not looking at the collapse of the pretend “free press” that is orchestrated by government.

The people may not know very much about Gary Johnson, but perhaps no news is good news these days.