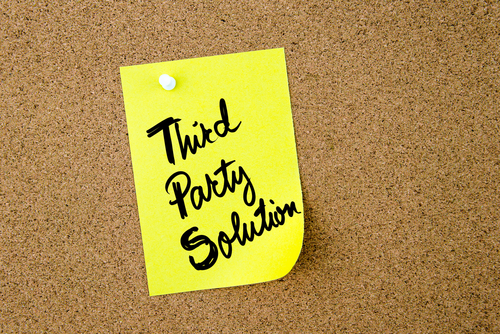 A Gallup Poll from last September revealed that the majority of Americans, 60%, say a third major political party is needed because the Republican and Democratic parties “do such a poor job” of representing the American people. Since 2007, Gallup has shown that this is a rising trend, which explains Trump and Bernie. The majority of Americans have generally called for a third party, with the exception of the last two presidential election years. In more recent polls, 20% of Americans say they would vote for a third-party candidate over Trump and Clinton.

Recent polls have shown that Clinton is disliked more than Trump among 56% of voters. In fact, this poll, conducted by Data Targeting, found that 55% of respondents preferred a third-party option, while 65% said they would be willing to support any candidate besides Trump or Clinton.

We have been flooded with emails asking how our computer was able to forecast this trend for 2016 decades in advance. This chart from the 2011 WEC demonstrates the overall trend in third party movement. The huge spike you see in the mid-19th century was due to the split of the Democratic-Republican Party, which was a religious battle over slavery with Abraham Lincoln becoming the first Republican president.

Theodore Roosevelt was shot in the chest on October 14, 1912, but survived. Yet, we saw a huge spike in third-party activity at that point in time as well. Gerald Ford had two attempts made on his life in California on September 5 and 22, 1975. and again on September 22, 1975. Ronald Reagan suffered an attempted assassination on March 30, 1981. He was shot but survived. Bill Clinton had four plots against him, beginning on January 21, 1994, with Ronald Gene Barbour, a retired military officer. Then on September 12, 1994, Frank Eugene Corder flew a stolen single-engine Cessna onto the White House lawn and crashed it into a tree. On October 29, 1994, Francisco Martin Duran fired at least 29 shots with a semi-automatic rifle at the White House. Then in 1996, on a trip to Manila, a fourth plot to assassinate Bill Clinton was prevented.

All of these attempts correlate to the economy and third-party activity. Hillary says Trump is dangerous, but the Democratic socialists are attacking Trump supporters. Everything ties into the economy. A rise in violence will follow the election. This is all coordinated with the corruption in politics.