When our computer pinpointed 2015.75 as the PEAK IN GOVERNMENT and said it would be all downhill from that point in time, even I had no idea how low this election would fall. There are no words for what is going on. You just have to wonder, what is next. This is descending into sex, crime, and video tapes. There are no words to describe what a bunch of idiots the American people are presumed to be. With the Obama Administration shutting down Wikileaks and RT, it looks like there is a full fledged war against the American people, God, and country from within. 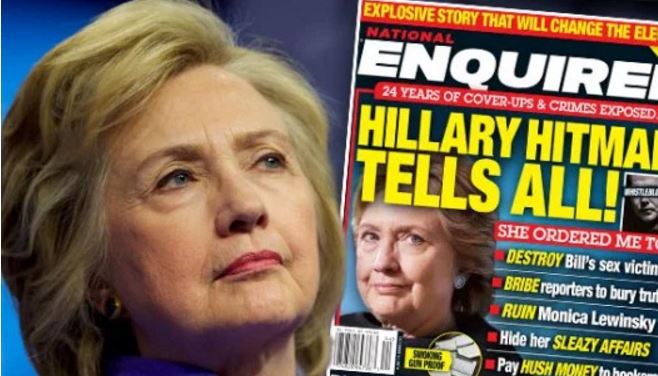 Meanwhile, the National Enquirer says a Clinton hit man is now telling all. He says he arrange for sex romps for Hillary with other women. Normally I would not even comment on such stories. However, these were the very stories running around Washington while they were in office that nobody would report back then. Even the reason why the Republicans went after Bill with the Monica affair was because he was on the phone bragging he was getting oral sex while sitting on the Seal of the United States in the Oval Office. That one pissed off a lot of people who found it just went too far.

The talk behind the curtain is once again that Joe Biden should come to the rescue and Hillary should drop out as was running around in September. I have never seen such a totally messed up election as 2016. The computer forecast 2015.75 was the Peak in Government and it would be downhill from there seems to be an understatement. I am always amazed at its accuracy and I do not think there is anyone alive who could have even guessed just how far we would fall. It seems only the worst of the worst want to run these days for an office that does not pay much, but you leave with hundreds of millions.