Romney Trying to Run as a Savior? Obama Says Trump Will Not Be President 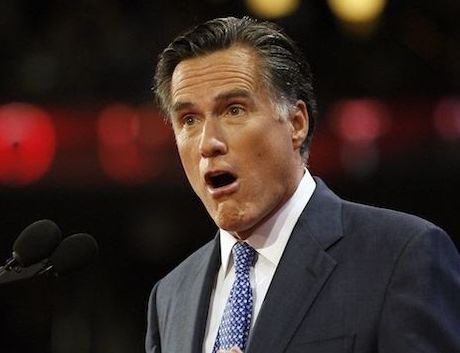 Rubio does not seem to have what it takes to get the nomination. He would be a nice puppet like George Bush Jr. and Obama and would do whatever the unelected government told him to do. Cruz is not very well liked behind the curtain and injects too much religion for a national office. So what is Romney really up to? The word behind the curtain is he sees himself as the Republican Messiah — the man who the party will DRAFT to save itself. It is a clever plot.

Romney gets free press, does not have to raise money, and is bashing Trump to position himself to be drafted as the candidate. Interesting strategy, which of course he would deny. But one thing is certain — he would lose against Hillary. While he has tried to say he is not a spokesman for his church, he is nonetheless a Mormon. Mitt Romney’s great-great-grandfather, Parley P. Pratt, was among the first leaders of The Church of Jesus Christ of Latter-day Saints in the early 19th century. Romney’s paternal great-grandparents practiced plural marriage and went to Mexico in 1884 after the 1878 U.S. Supreme Court decision in Reynolds v. United States that upheld laws banning polygamy. This history aside, Romney has stated that he disagrees with polygamy. This only makes the 2016 election even more insane. Trying to find anyone normal without baggage seems impossible these days.

Meanwhile, further evidence that the “establishment,” both left and right, will not allow an outsider to come in and actually change anything in government: President Obama has now joined Romney, publicly stating that Trump “will not be president.” No president has ever done such a thing in history. This demonstrates that Washington is scared to death of a non-career politician actually coming to town. It appears that if the people vote for someone who the “establishment” does not like, then indeed Stalin is correct — your vote means nothing. This truly is just crazy.