Many areas are already seeing long lines with some officials saying they wouldn’t be surprised if voter turnout topped 80% of registered voters. So far, our computer is on track. If the voting turnout reached 82%, we will have a new historic high that beats even the post-Civil War. If we just exceed 62%, we will have made a new high post-1924, which is our minimum forecast.

This election, if rigged, will be devastating for the 2018 Congressional election. We should expect a real “draining of the swamp” to put it mildly. A Hillary victory will not settle well with the population. The differences are too black and white. We are looking at looking at a major uprising in tensions that will spawn civil unrest for much of the nation is very tired of being extorted by the other half under Socialistic/Marxism. Twitter is lighting up with voter fraud as people have seen voting for Trump has resulted in machines switching it to Hillary. Some reports are making it to the newspapers as well. 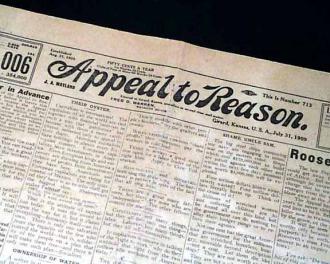 The Socialist Party of America was formed in 1901. Therefore, that cycle would be have the political crisis cycle of 224 making it 112 years or 2013. The American socialists began to explode in 1904. McClure’s Magazine had led the way, in October 1902, highlighting corruption in city governments. In January 1903, McClure’s carried a series on Standard Oil, and featured an article on corruption in labor unions. McClure’s sales boomed, exposing corruption and other publications quickly saw the trend and jumped on board. In 1904, the leading socialist weekly in the United States was the Appeal to Reason. It was 1904 when Teddy Roosevelt was elected to a full term when he championed new socialist philosophy under the label “progressive” policies. Many of his efforts were blocked in Congress.

Here we are, 2016 is 112 years from the 1904 election. Cyclically, it should be the opposite trend meaning that Trump should win and Hillary’s socialist agenda should be defeated. If this does not unfold, the election is rigged and this will only lead to serious tensions within the nation. Hillary already has made it clear. She will by no means reach out to Trump’s “deplorables”.