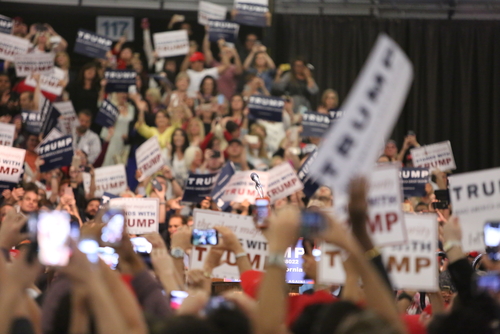 The pro-establishment, anti-Trump effort failed on the floor of the Republican Convention on day one. They were trying desperately to stop Trump as if they have any viable alternative other than some career politician to help keep the status-quo. John Kasich is an example of a career politician who really needs to be driven from office to save the country for he is clueless about what people are angry about. His arrogance in refusing to support Trump only highlights the entire issue of these elections — anti-establishment and how they refuse to actually represent the people. To them, it has always been just, “Show me the money!” as Hillary exemplifies.

Despite the best efforts of the elite pro-establishment, anti-citizen crowd to sell the country down the river and keep the status-quo, they were defeated. This is going to make a very interesting election come November. The computer still favors a Republican win, it is interesting to watch this process unfold. Little by little, the steps are being taken to show what took place with BREXIT was not a fluke, but a global trend.