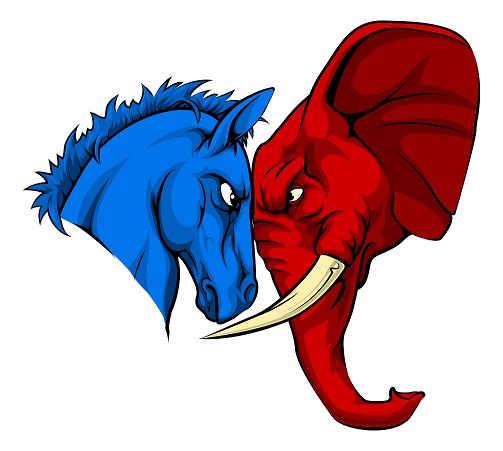 QUESTION: Marty; I see these people ranting about Trump and how outraged they are. They seem to have no problem with the outrageous amount of lies Hillary has carried out or the fact that the bankers only donated to Hillary. They seem to be mindless and beyond rational claiming he is proposing that we build a wall along the “Mexican border and then has the audacity to suggest that Mexico will pay for it.” Then they claim he advocates targeting family members of terrorists to combat ISIS, denigrates women, and is a “threat to American values” dismantling our social contract. They will never address Hillary’s lies or the fact the bankers donate to her not Trump. I am 35 and you are right. Those of us under 45 do not seem to be brainwashed as the older crowd. Is this what you mean by saying we are at a generational shift?

Thank you so much for your rational explanations.

ANSWER: Yes. There is a stark different in the thinking process where that line appears to be drawn at about 45. Of course, there are those of us over 45 (like myself) who have always been independent thinkers and reject the brainwashing that comes from party politics be it Republican or Democrat, Conservative or Labour.

People who espouse such one-sided nonsense are why we are in this state of crisis. Hillary is the poster-child for corrupt politicians. Even as First Lady, she was always lying and under some rock. The list of her lies is abundant. While Trump is infinitely the better choice on that score, the real question will be can Trump remain independent enough to make a difference? I seriously doubt that he can actually reverse the damage that has been inflicted upon the American society for so many decades. The risk will be great that he will be assassinated for he stands against career politicians and the New York bankers. So with that many enemies, it may be hard to survive.

Will Trump stay the course and hold Congress’ feet to the fire? Or will Trump just agree and sign whatever is put in front of him? We will be headed into a great monetary crisis as early as 2018. I do think it would be better to have someone with some private sector understanding at the negotiation table on that one.

The only hope Trump offers is someone to stand up against politics as usual. Under Hillary, everything will be sold to the highest bidder and you can bet the New York bankers will rule the day. So I suppose it may end up as a choice between a softer landing with Trump and a very hard landing with Hillary.

Keep in mind that it will be the 2018 election where we may see more of a clean sweep of Congress. That is really what is necessary to turn things around. I would not expect that electing Trump will right all wrongs and it is impossible to prevent the crash and burn. If Hillary were to win, 2018 would be a major political revolution. If Trump were to win, perhaps his clash with the establishment inspires people to clean out Congress.