Letter from Queen Elizabeth II to the American People 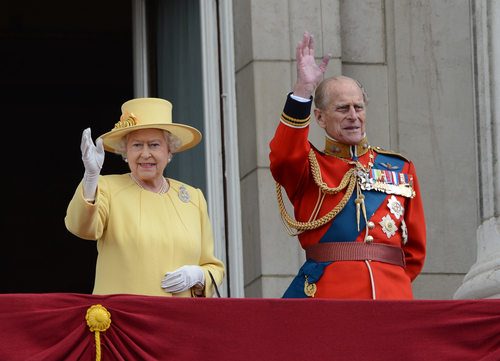 To the citizens of the United States of America from Her Sovereign Majesty Queen Elizabeth II:

In light of your tendency to propose uncivilized people for public office who masquerade as the leader of the world, and thus your tendency to elect completely incompetent Presidents who then want to rule the world when you cannot govern yourselves, we hereby give notice of the revocation of your independence, effective immediately.

Her Sovereign Majesty Queen Elizabeth II will resume monarchical duties over all states, commonwealths, and territories except Arkansas, which she does not fancy and will confine the Clintons to its borders to spare the rest of the world from their shenanigans including their pretend charity that launders money for their escapades.

Your new Prime Minister, Theresa May, will appoint a Governor for America without the need for further elections since you cannot manage to select suitable candidates in any event. Furthermore, Congress and the Senate will be disbanded in a fortnight and given bus passes for the ride home, for their private jet privileges will be revoked. Given they do nothing anyhow other than raise taxes, I terribly doubt that any of you will notice the change.

Whilst there will no longer be any need for any elections and your old slogan of “no taxation without representation” was a catchy phrase, your Congress never represented you anyway so that was a meaningless gesture with no substance confirming you are too foolish to govern yourselves no less the world. Your debt is beyond any capacity of being repaid and your politicians have no intention of ever paying off the debt anyway yet borrow year after year without explanation. Mr. Thomas Jefferson, who we tried to hang for treason but could not catch him to impose the king’s justice, was at least correct in saying that your debt forces people to be taxed for generations before and are thus subjected to “no taxation without representation” since they were not even alive.

Since your election has put forth a criminal and a vulgarian, you leave me no choice but to revoke your independence and reassert our right to manage our former colony. This is the international precedent of China with Tibet and Russia with Ukraine. Therefore, we are justified in this action forthwith given there is international precedence for this decree.

You will learn to now say “God save the Queen.”