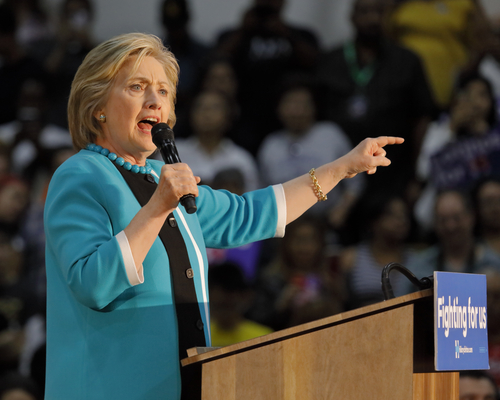 There is a very curious dynamic going on here. It is well known that there is animosity between the Clintons and Obama. Obama would easily order everyone to stand down with investigations and reports with respect to Hillary, but he has not. Now the Inspector General has delivered a scathing report on Hillary (see report; oig-report). The long-awaited report from the OIG State Department Inspector General, revealed that Hillary Clinton was being her own secret self to hide her dealing stating that she was expressing reluctance about using an official email account. This report was delivered to Capitol Hill. The report details how some employees who questioned the wisdom of the homegrown setup were simply told by Hillary to shut-up and stop asking questions. The audit even confirmed that there were apparent hacking attempts on her private server. The report blasts Hillary stating:

“At a minimum, Secretary Clinton should have surrendered all emails dealing with Department business before leaving government service and, because she did not do so, she did not comply with the Department’s policies that were implemented in accordance with the Federal Records Act.”

The Federal Records Act of 1950 came following the recommendations of the Hoover Commission (1947-49) dealing with all the corruption in government which took place contributing to the Great Depression. Ironically, in December 2014 the Presidential and Federal Records Act Amendments of 2014 was signed into law by President non other than Barack Obama himself. Hillary was Secretary of State between 2009 and 2013.  The time of this Amendment is very curious following Hillary leaving. This bipartisan act, which followed the 2011 President’s Memorandum on Managing Government Records, modernizes the Federal Records Act. On August 24, 2012, Obama signed a directive to the heads of the executive departments which would have included Hillary.Directive to Hillary 2012 m-12-18 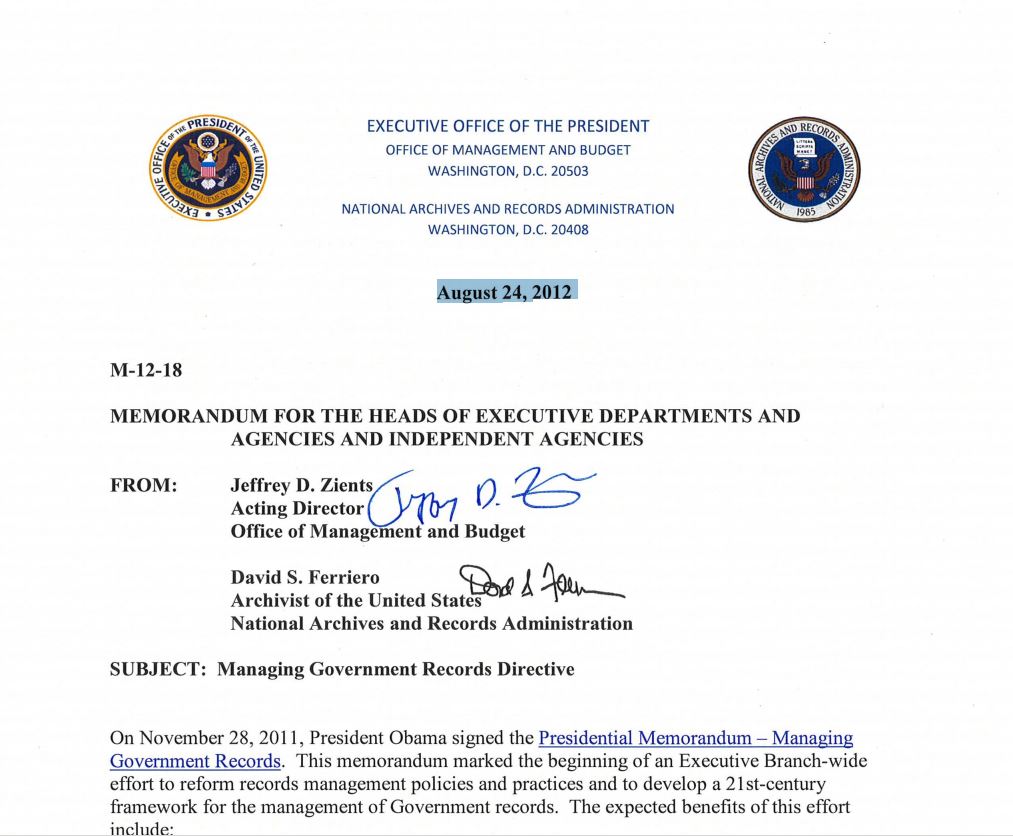 The 2014 act expressly expands the definition of federal records to include electronic records (the first change to the definition of “Federal record” since the enactment of the act in 1950). The act also grants the Archivist of the United States the final determination as to what constitutes a Federal record; “authorizes the early transfer of permanent electronic federal and presidential records to the National Archives, while legal custody remains with the agency or the president”; “clarifies the responsibilities of federal government officials when using non-government email systems”; and “empowers the National Archives to safeguard original and classified records from unauthorized removal.”

The head of each Federal agency shall make and preserve records containing adequate and proper documentation of the organization, functions, policies, decisions, procedures, and essential transactions of the agency and designed to furnish the information necessary to protect the legal and financial rights of the Government and of persons directly affected by the agency’s activities.

The question is can Hillary be prosecuted? The answer is yes if there was real “justice for all” and they say in the oath school children use to have to recite in school:

“I pledge allegiance to the Flag of the United States of America, and to the Republic for which it stands, one Nation under God, indivisible, with liberty and justice for all.”

Given Hillary’s age, she had to say this in school when growing up. Obviously, there is no real “justice for all” and that is clearly propaganda for children. 18 U.S. Code § 2071 – Concealment, removal, or mutilation generally, which Hillary violated, carries a 3 year term of imprisonment and/or fine. Section B also states: “and shall forfeit his office and be disqualified from holding any office under the United States.” This wording is very clear. but of course, Democrats would say that is Congress’s decision not the courts. A strict interpretation leaves no room for question. Hillary would be disqualified from holding any office. Will Obama actually enforce the law? If Trump keeps beating her in the polls, they may just pull this rabbit out of the hat. The rumor behind the curtain is that Obama is hedging his bets by allowing this OIG report to even be presented to Congress. If Hillary looks like a loser, well she may have real trouble ahead. Say hello to Joe Biden.