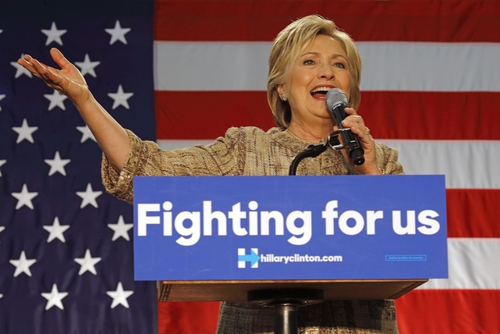 A federal judge has ordered the State Department to turn over emails before the election. The Obama Administration has been trying to protect Hillary all the way. The FBI has discovered that Hillary Clinton’s private email server had another 14,900 emails and documents from her time as Secretary of State that her attorneys had not disclosed. This is in addition to the 30,000+ emails she erased. The 14,900 documents are nearly 50 percent of the roughly 30,000 emails that Clinton’s lawyers claimed were work-related and turned over to the department in December 2014. Emails telling people to donate to he Foundation to get access were obviously “personal” and not work related. The Clintons have always been surrounded by shady people. Claudio Osorio is now serving a 12-year prison sentence for a scam he carried out on the American taxpayers for $10 million and Haiti earthquake victims. With the direct help of Bill and Hillary, it was all about pretending to help Haiti victims when pocketing the money and run. 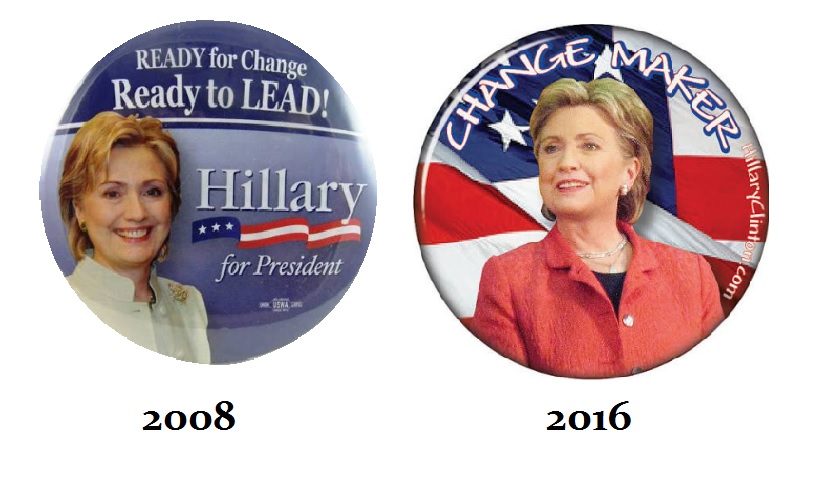 The emails are revealing how crooked Hillary really is. If you donated to her foundation, then you received favors from her as Secretary of State. The Associated Press has reported that she met with more than 85 donors to her Foundation at the State Department.  She is without question the most corrupt politician to dare to run for president, regardless of her gender. I have stated before that there was an inmate at the Federal Prison Fort Dix Camp in New Jersey. He bragged how a $250,000 donation from his father would get him a pardon when Bill was leaving office. The Clinton’s have always been about money and it is amazing how the mainstream press is trying so hard to usher in her coronation and to hell with the people or the country.

The campaign buttons still have the “change” slogan, which means things cannot be good if they always have to be changed. Isn’t that implying Obama did a bad job? Why change if he did everything right?

Then the familiar “First Family” pitch they used in 2008 is gone. There’s just too many bimbos here and there to keep that image up for long.

« Is There Another Snowden?
Do I think Hillary Will Win? Buckle Your Seats – This Will be Worse than You Thought »