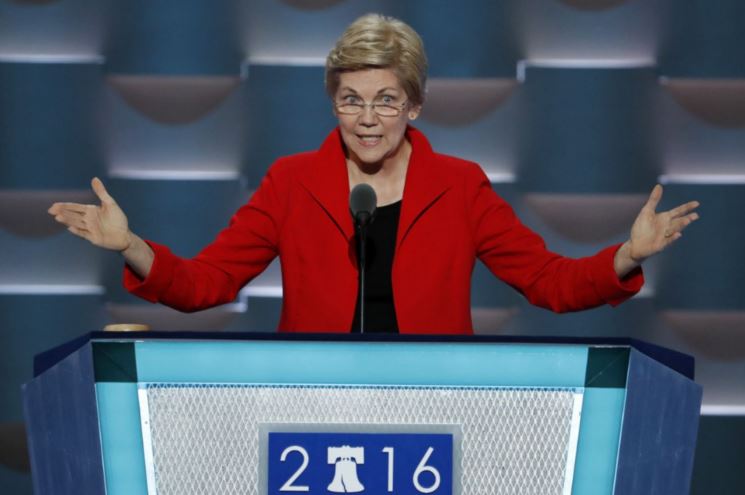 Sen. Elizabeth Warren claims that Trump wants everything to crash so he can buy up real estate on the cheap. Of course, to do that one must have cash and confidence that it is a bottom. It is very rare to find someone who will just rush in and buy in a falling market. You could also say that Trump wants everything to boom so he can sell his holding at a profit and retire.

The Democrats did nothing but bash Trump at the convention instead of offering what they will really do or explaining how they will accomplish such promises. Warren’s speech desperately attacked Trump at the Democratic Convention, which was designed to convince Americans that Trump is no friend of the average person. She said Democrats fought to get health insurance for more Americans, refinance student loans, end tax breaks for corporations that ship jobs overseas, raise the minimum wage, and create a strong consumer agency “so big banks can’t cheat people.”

Yet, heath insurance costs have skyrocketed. The Clintons handed the nation’s students to the bankers by removing their right to declare bankruptcy on student loans. The attempt to tax corporations only hit small businesses; the big boys still have over $2 trillion offshore, but they will not bring it back because of taxes. Jobs have not returned from overseas and a hike in the minimum wage will displace people with robots faster. They cling to ancient ideas put forth by Karl Marx. These same ideas destroyed China and Russia, resulting in their switch to capitalism.

Warren still lives in a dream world where she can rob other people while refusing to look at reducing the cost of government. Her integrity is seriously in question for she supports Hillary among all the scandals rather than someone like Joe Biden.