While the media focuses on the U.S. presidential election, the real power is dangling in Congress. The 2018 election will be far more important as there is a risk of Independents sweeping into Congress at that time. For now, there is a total of 469 seats in the U.S. Congress (34 Senate seats and 435 House seats) that are up for election on November 8, 2016.

John McCain is already concerned that he may lose his seat because he has come out in favor of Trump. Actually, I say good riddance. McCain voted to impose taxes on internet commerce. When asked why he supported raising taxes, he replied that he was not voting to raise taxes, rather he was simply voting to collect taxes that should be collected. McCain is a hypocrite. There is no country he would not invade, including Canada.

The big story of the 2016 election cycle will be in Congress. The congressional election cycle will determine whether the Democratic Party will be able to regain control of the Senate. In order to take that chamber back, the Democrats will need to gain five seats in 2016. That may not sound like a lot, but it could be very difficult. Republican incumbents, not Democrats, hold the majority of the vulnerable seats. Consequently, Democrats only have 10 seats to defend in 2016, while 24 Republican incumbents are up for re-election. There is a shot that the Democrats could accomplish a victory. 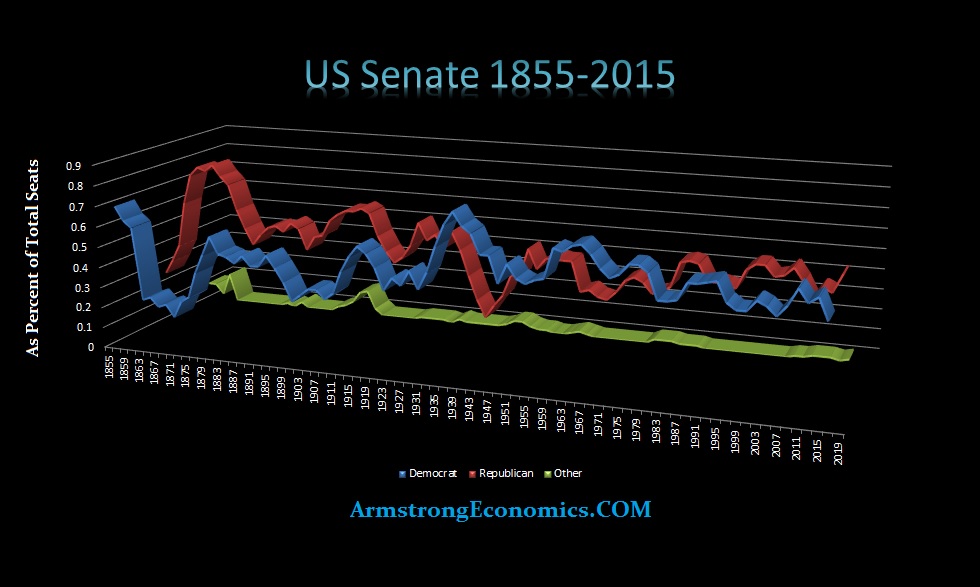 The Democrats have been in a bearish trend since the Great Depression and have been making lower lows. Nonetheless, independents are turning up. The success of Bernie and Trump shows that the public is in a foul mood. As we begin to get closer to the elections, this should begin to flesh out, especially in August. We have to be concerned that August is often a time of civil unrest/war. So, we may begin to see activity rise at that time prior to the elections. 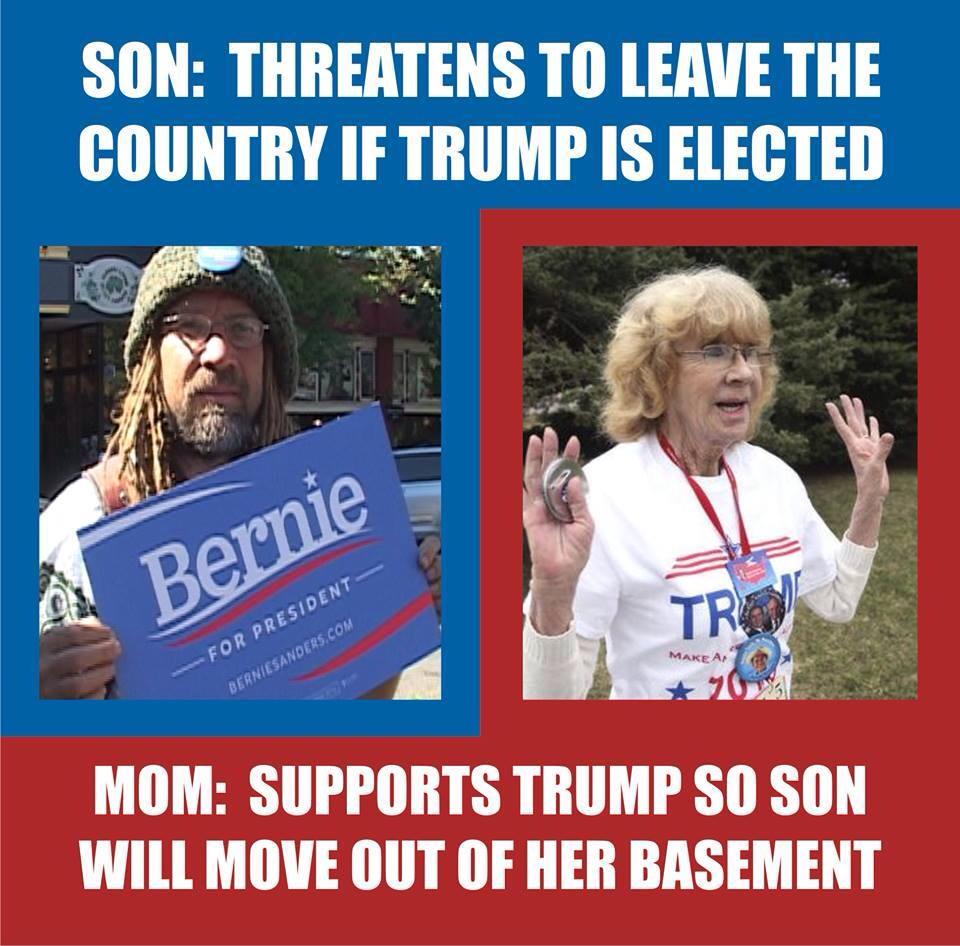 You do have a young (and over-the-hill) socialist movement against Trump. They actually claim this is some new form of socialism where you can give them more without robbing the rich. Very strange. They are throwing words around that Trump is a racist as they are doing in Britain against Nigel Farage. They are completely ignorant since “Muslim” is a religion and not a race. The benefit of being young is you can also be stupid.