Colin Powell Comes Out Against Hillary 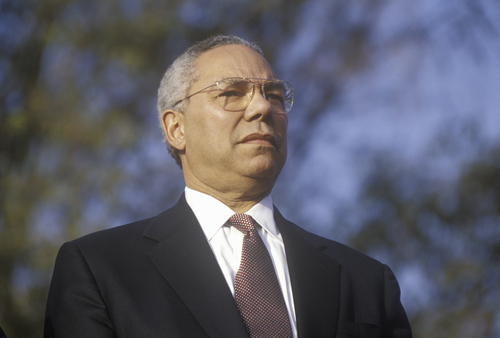 Colin Powell has long kept quiet about Hillary. He has at last broken his silence about his alleged involvement in the Hillary Clinton email scandal. He has bluntly came out at said that Hillary’s team is falsely trying to blame him. When Hillary reportedly told investigators that former Secretary of State Powell had advised her to use a personal email account at a private dinner trying to shift the blame to him. Powell has now boldly stated that he had no recollection of such a conversation Indeed, Hillary’s vain attempt to blame Powell when she is the lawyer, fails with the timeline test. Hillary was already using her personal email for a year before he ever mentioned anything about how he handled emails in a memo. Powell did not set up his own server. He simply used a personal public email for personal emails only. All official correspondence was always through the State Department. Once more, this show how slick Hillary is and what a liar she truly is behind that fake smile.