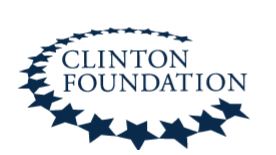 In a 2011 memo, an aide to Bill Clinton laid out the unethical relationship between the Clinton Foundation and Bill’s sudden wealth. Bill’s personal interests were linked as was Hillary selling influence. The memo details how some foundation donors paid Clinton to speak and provide consulting services.

Hillary has said that the Foundation will continue to operate when she is president. Meanwhile, Chelsea is on record saying she will remain running the Foundation if Hillary is elected. Bill says he will leave the Foundation, obviously he will be busy having coffee with world leaders wives. Not sure if that is letter a kid run a candy store. This is a real scandal. We will have a President running a pay-for-play deal for access to the President of the United States. This level of corruption is really just beyond contemplation.

« Podesta – How to Rig the Polls
Trading Presidents »