Clinton Cash coming to a Theater Near You 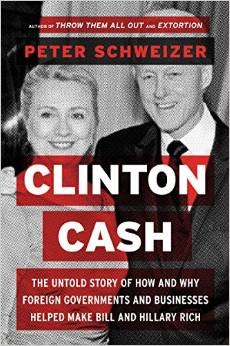 Clinton Cash is coming to a theater near you. This film is so explosive that there has remained talk that they may try to indict Hillary to allow Joe Biden to save the day. This talk keeps circulating especially since Bernie will not step down. He knows a lot more about the Clintons than he can even say publicly. He too knows this film was shown at the Cannes Film Festival in time for the US elections. The film exposes how the Clintons go from broke when they left the White House in 2001 to amassing in excess of $150 million with $2 billion in donations to their foundation in only a few years. What this film is playing directly into is the overwhelming corruption that has engulfed politics.